One of the most awaited films of 2019 is undoubtedly the Hindi remake of the hit Telugu film Arjun Reddy titled Kabir Singh. Starring Kiara Advani and Shahid Kapoor, the film has already created quite a buzz in B-Town ever since it has been announced. Kiara, who is playing the lead protagonist Preeti in the Hindi remake, is not only a huge fan of the original film but also the lead actor of Arjun Reddy – Vijay Deverakonda. 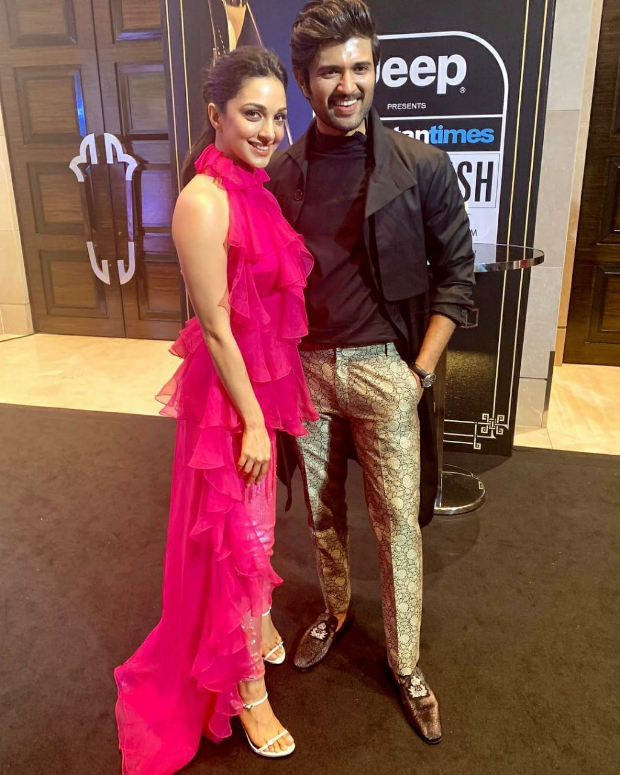 Interestingly, soon after wrapping the shoot of Kabir Singh, Kiara Advani happened to bump into ‘Arjun Reddy’ aka Vijay Deverakonda at the recently held Hindustan Times India’s Most Stylish Awards 2019. The two actors, who are adored in B-town and South film Industry, not only got clicked together by the paps but also bonded instantly over their favourite movie. They even posted pics on their respective social media accounts.

While Kiara, who looked dropped dead gorgeous in a hot pink outfit, posted a stunning pic with Vijay and wrote, “When Preeti met Arjun @thedeverakonda." Vijay posted an adorable selfie with the lovely actress, which was accompanied with a very sweet caption too. He wrote, “Arjun sends you love Preethi @kiaraaliaadvani ☺ Can't wait to see #KabirSingh!”