Jackky Bhagnani recently collaborated with girlfriend Rakul Preet Singh for a peppy dance number titled ‘Mashooka’. The sexy number garnered ample attention on social media and its hook step became a favourite among Instagram reel lovers. Now recently giving a shoutout to his Sardar Ka Grandson co-star Rakul Preet Singh was Arjun Kapoor. The Ek Villain Returns, who continues with his promotions for his recent release posted a video featuring the song as his background on social media. 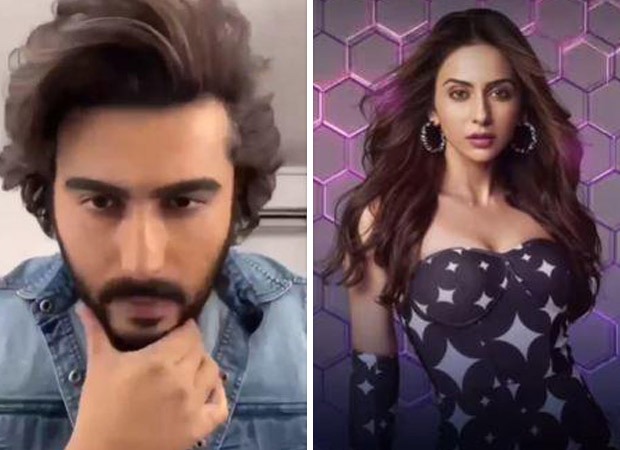 Arjun Kapoor took to Instagram to share a video of him getting his hair done in his vanity van as the song ‘Mashooka’ plays in the background of it. He posted it on his story saying, ‘@rakulpreet lo ban raha hoon main ek mashook @jackkybhagnani @tanishk_bagchi” The actor also tagged the producer of the video along with the musician Tanishk Bagchi.

Needless to say, his video received a reaction from the ‘Mashooka’ as well as her real life ‘Mashook’. Rakul Preet Singh reposed the video on her Instagram story saying, “Waah the best mashook” after which she also dropped some hugs and heart emoji. On the other hand, her boyfriend Jackky Bhagnani also expressed his gratitude to Arjun for making the reel. He said, “Ha ha ha So sweet… thank you brother” 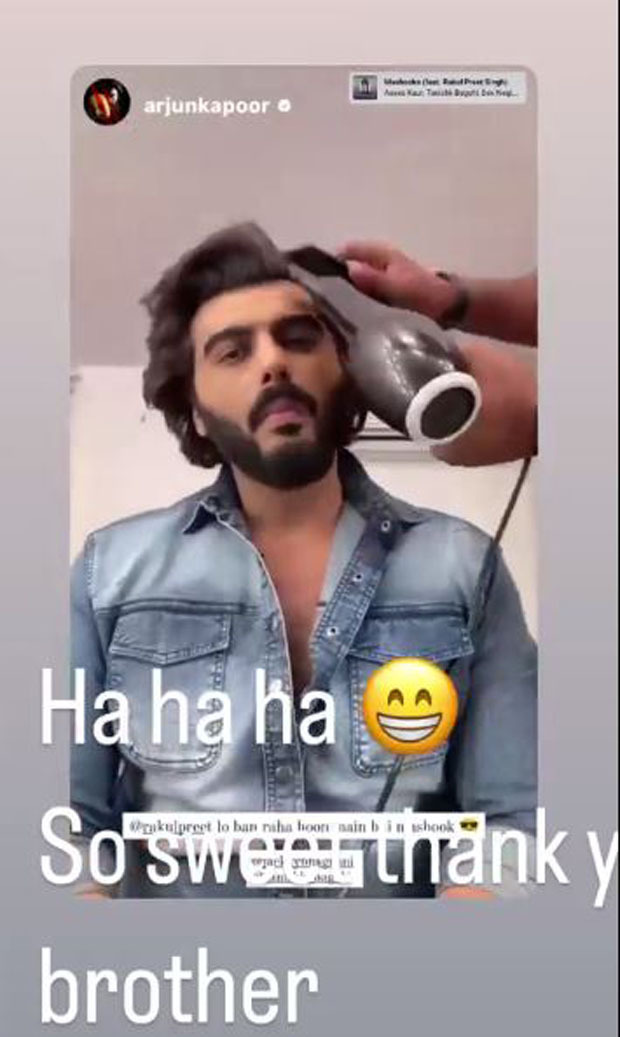 Speaking of the track, ‘Mashooka’ is Jjust Music’s first Pan India single. Besides, the Hindi version, the song also released in Tamil and Telugu versions. It was presented by South star Allu Arjun.