Arjun Kapoor, who made his debut opposite Parineeti Chopra six years ago Ishaqzaade, returned with her on big screen with Vipul Shah’s Namaste England. Interestingly, they had already completed Dibakar Banerjee’s gritty drama Sandeep Aur Pinky Faraar before they began work on Vipul Shah’s directorial. While they came back on big screen six years after Ishaqzaade, they have always stayed friends and their chemistry and funny banter are absolutely adored by the fans. 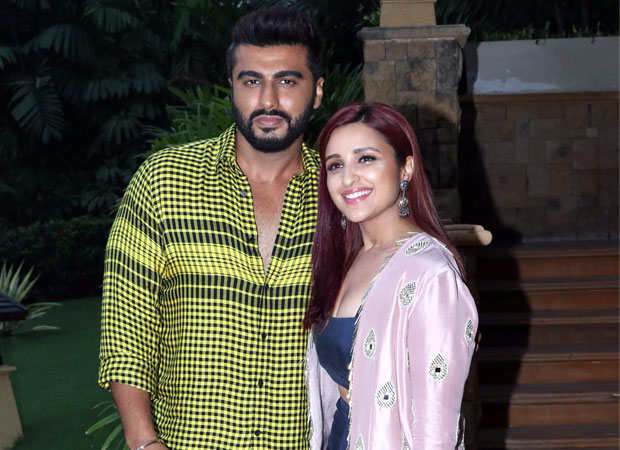 In an exclusive interview with Bollywood Hungama, Arjun Kapoor talked about at length the comfort level he shares with Parineeti and why it was good to shoot two films back to back. “Yes, obviously. The beauty in all this was Sandeep Aur Pinky Faraar and Namaste England are two very different films. Sandeep Aur Pinky Faraar is much grittier and fierce. It is a film about two people who hate each other, belong to two strata of society. One is a Jatt cop and other is the corporate banker who has ambitions in her life. There is a lot of thought process and friction there,” he said.

“Namaste England is a love story that Parma and Zoya had or did not have in the second half of Ishaqzaade. In a strange way, we lived the energy of Ishaqzaade again. But the comfort comes from the fact that we have stayed friends all these six years,” he added.

Returning after six years and feeling the same love as they received for their first film together, Arjun said, "It is always a moment of joy and happiness that the love we received many years back, one sort of forgets why you became an actor and in the sense, what film made you an actor. You tend to forget. You don't realize how much love the first film has. During the promotions, we received immense love and realized how powerful Ishaqzaade was in people's lives. Six years is a really long time. I feel very happy and it is a nice subtle reminder of where we started from. But, at the same time, you also want your film to be appreciated, the trailer, music and the chemistry being appreciated. All in all, I have to say I am very grateful to the audience giving us the positivity."

Talking about his chemistry and friendly equation with Parineeti, Arjun further said, "I don't think a lot of people realized that we have stayed in touch and have been friends. Everybody thought that we went our separate ways. We had that connect throughout the film. The truth is the when we started putting up pictures and videos in London, suddenly people realized that these guys have chemistry off-screen as well. And that is where the love became even more for people who had not seen Ishaqzaade as they started liking the off-screen persona of Parineeti and Arjun. So, that always adds, I would say a happy connect to a film. She is a treat to work with. So, the combination of being friends with her for so many years, people finding out about it and us being able to co-exist in a work environment and being honest about it and maintain the relationship made it even more fun to work in two films back to back."

"It feels great to be back on the sets…

EXCLUSIVE: “My first film audition was for…