Over the years, it has become a norm to hike the ticket rates for the festive releases or event films owing to which the audience is facing a constant burn in their pocket, especially when the film turns out to be a disappointing affair. Rajkumar Hirani’s Sanju starring Ranbir Kapoor in lead had the highest ticket pricing in the multiplexes this decade whereas Salman Khan’s Race 3 takes the cake for the highest ticket pricing at the single screens across the country. And now, as the industry gears up for the release of Thugs of Hindostan, the exhibitors across the country have been asked by the distribution team of YRF to price the tickets for the much-anticipated action entertainer “AT-LEAST” 10% higher than Sanju in the metros and 10% higher than Race 3 at the mass centres. “Please ensure all cinemas increase rates charged for “SANJU” by a minimum of 10% for the extended 4day weekend. On weekdays, the rates must be dropped by 25% from weekend rate. Please e-mail us the rates charged by you at all your cinemas for “SANJU” and proposed rates of “THUGS OF HINDOSTAN” for the extended 4-days weekend and weekdays. It is mandatory that all cinemas should confirm the rates & show timings with our office before commencing the advance booking,” read a paragraph from the mail sent by the distribution team of YRF to the exhibitors across India. 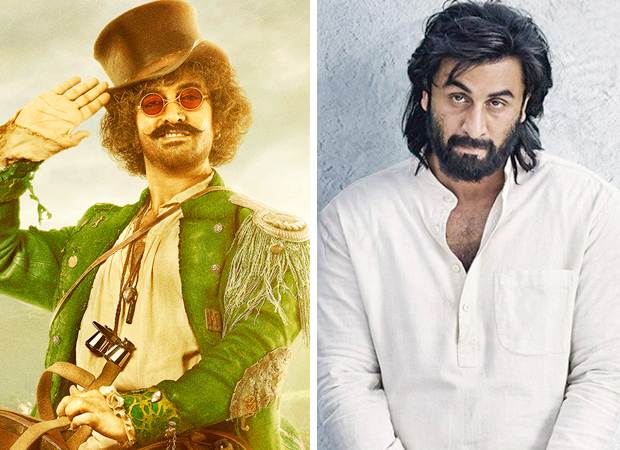 YRF is looking to create some unheard records on the opening day which is the reason why the exhibitors all across have been asked to price the film at “Blockbuster Slab” for the extended weekend followed by merely 25% drop in the prices on the weekdays. The industry has been following the norm of raising the prices for event films, especially the Khan films, since quite sometime and if you compare the prices of Eid, Diwali and Christmas releases every year, the price slab would be in the following pattern – Christmas Release > Diwali Release > Eid Release. For example, last year, Tiger Zinda Hai (Christmas) was priced higher than Tubelight (Eid). Slowly and steadily, it is becoming a norm for producers to dictate terms on the exhibitors thereby taking away the exhibitors’ privilege of free pricing based on demand and supply.

The theatre owners often increase the ticket rates of Hindi films that release on a festival is the common perception among the cinema going audience, however the fact is that more often than not they have been advised about the pricing by the respective distributors and producers. While it makes a lot of business sense to hike the ticket prices as the festive releases often have a tremendous demand in the market, we wonder if it is right on the part of producers to do so given the fact that the enhanced pricing brackets movie watching as a luxury taking it away of a common man’s reach. This brings us to the age-old debate i.e. the collections are increasing year after year owing to rupee inflation and constant increase in ticket prices however, the footfalls are falling as a lot of middle-class families abstain from visiting the cinema halls during festivals and wait for the word of mouth before planning their outing. It is the pricing that keeps a major chunk of audience away from the cinema hall, especially when the reports are not that positive. A middle-class family of four would have to think twice before watching a film as they would have to splurge approximately Rs 1600 to 1800 merely purchase the film tickets in a city like Mumbai, or Delhi whereas Rs 1000 to 1200 in the tier 2 and tier 3 cities.

The same family might not be apprehensive if the tickets in metros cost around Rs 250 to 300/head whereas in the tier 2 and tier 3 cities cost around Rs 150 to 200/head. While the blame of the constant hike in most of the cases goes to the producers, it is about time that the producers as well as exhibitors rethink on their strategy as to what is more important for them – Footfalls or Box-Office collections. The footfalls are important for exhibitors as that results in canteen sales, the collections on the other hand, are important for producers as that enables them to make massive profits. An ideal solution for this would be to settle for somewhere in between wherein the ticket rates are not astronomically high out of a common man’s reach, neither are they so low that the producers don’t make money. The current scenario makes us wonder if cinema is still the medium of mass entertainment or has it just become another mode of entertainment for the elite given the fact that the weekend ticket rates of big films are unaffordable for most of the middle-class families.

In the other news, Thugs of Hindostan is slated to hit the big screen on 8th November 2018. The movie directed by Vijay Krishna Acharya, stars Aamir Khan, Amitabh Bachchan, Katrina Kaif and Fatima Sana Shaikh in lead.