Anushka Sharma and Virat Kohli are couple goals and there's no denying it. The actress and cricketer have been married for over a year and often sharing cutesy moments on Instagram. While they have busy schedules, they make sure to spend time with each other during their off time. Anushka Sharma tries to accompany him during his tournaments to support him. 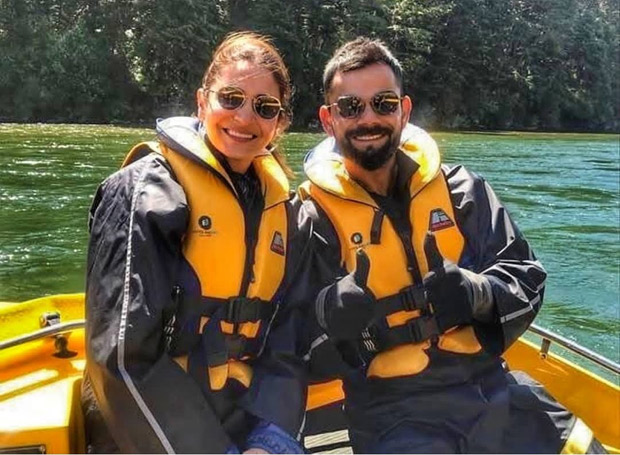 While they are known for taking trips abroad, a new video has gone viral from their recent trip. It is not clear when the video was shot but Virat Kohli and Anushka Sharma indulge in cute PDA during a boat ride. At the beginning, they can be seen driving the boat but later she looks very pumped about the ride and she even pulls Virat's cheeks.

Anushka Sharma has been touring with Virat Kohli to Australia and New Zealand soon after the release of Zero. On work front, she is yet to announce her next project.