They say exes can be good friends. And it's true in case Hollywood popstars Miley Cyrus and Nick Jonas. They dated during their teenage years while  Miley was starring in Disney show Hannah Montana and Nick was in his Jonas Brothers band and Jonas show. While things may have ended rough for them, they are on very good terms now. And it seems Priyanka Chopra is pretty chill about her husband and ex-girlfriend Miley's friendship as well. 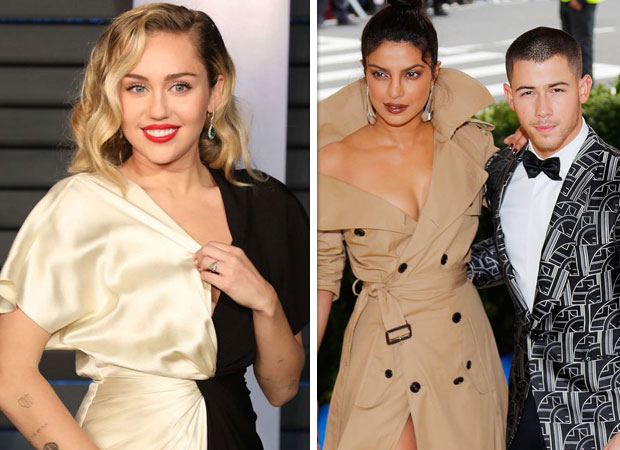 Miley Cyrus has been sharing a lot of throwback moments on her Instagram. From Selena Gomez to Demi Lovato, Jonas Brothers and more, the singer is making every 2000s era kids nostalgic. She was at peak nostalgia when she shared a photo of herself from her teen years rocking a Jonas Brothers t-shirt with her youngest sister Noah Cyrus. She sent that photo, shared by her fan club, to Nick via direct message on Instagram. Nick responded by saying, “Amazing. These throwback shots have been.”

Without leaving a chance to make fun of the moment, Miley Cyrus shared a screenshot of her Instagram DM and wrote, “That moment when even your ex knows your socials have been.”

Priyanka Chopra also joined the praise bandwagon and commented on her post. “Lol..Hahaha. Hubby is right. These posts are.” 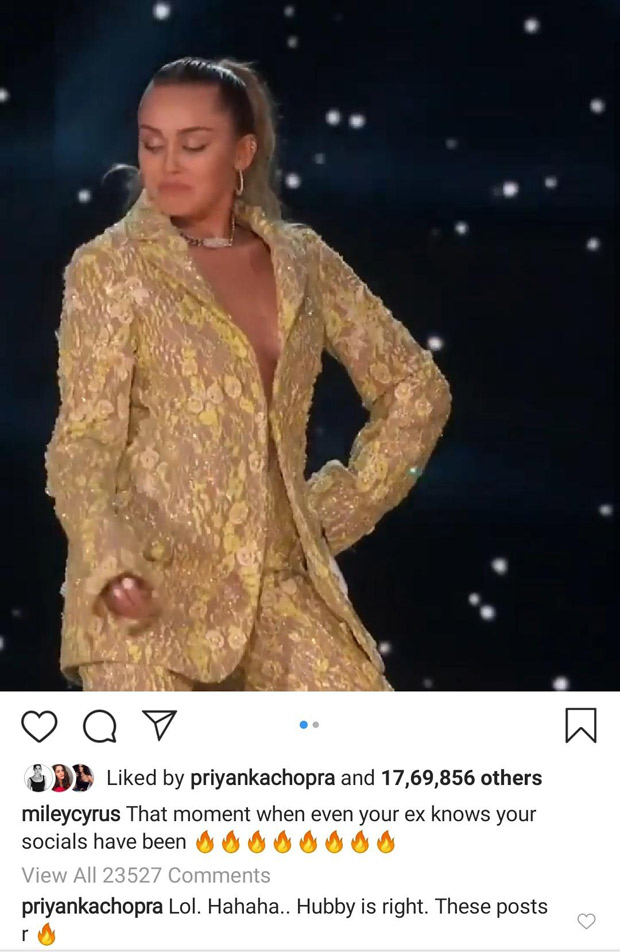 Incidentally, this isn't the first time Priyanka has praised Miley Cyrus. At the premiere of Isn't It Romantic last month, she was accompanied by Nick Jonas whereas Miley Cyrus represented Liam Hemsworth. Her husband was in hospital and couldn't attend the premiere. Priyanka had thanked her for attending on his behalf.

Also Read: Nick Jonas reveals why he GOT TIRED marrying Priyanka Chopra over and over again