Bollywood actress Sara Ali Khan has currently been basking in the success of her recent release, Atrangi Re, directed by Aanand L Rai. For the shoot of the film, the actress traveled to different locations in India, including Uttar Pradesh, Madurai and Delhi. 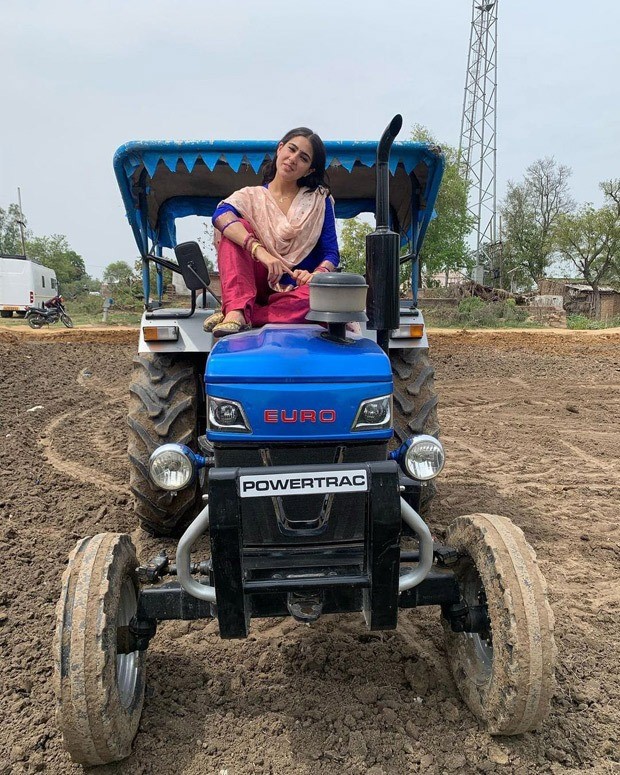 Sara recently took to her social media, to share 'behind-the-scene' stills from the sets of the film in Uttar Pradesh. Continuing with her streak of rhymes, in the caption, Sara wrote, "बकरी चराना, ट्रैक्टर चलाना. Was it just photo ka bahana? Or Sara wishing it was a different zamana? "

The film also stars Akshay Kumar and Dhanush in the lead roles.

Meanwhile, Sara Ali Khan is currently shooting for her next with Vicky Kaushal in Indore.

Also Read: Sara Ali Khan experiences the farm life in BTS pictures from the sets of ‘Atrangi Re’ in Uttar Pradesh