Cricketer Virat Kohli is currently in South Africa where he is playing Test and ODI matches for India. The cricketer has been accompanied by his wife Anushka Sharma and his little daughter Vamika. Seems like his family's company has proved to be beneficial for Virat. 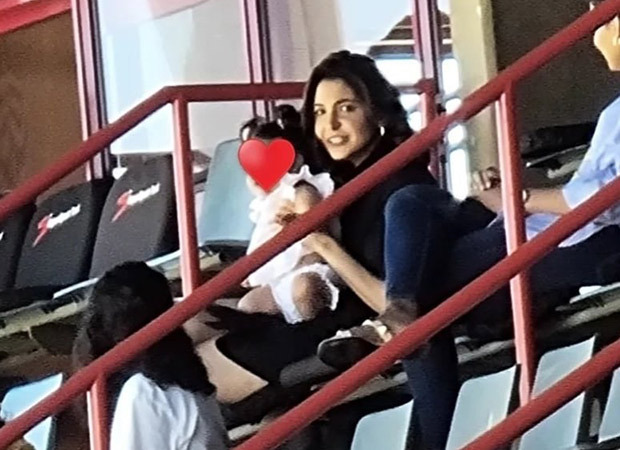 Recently, a photo of Anushka and baby Vamika cheering for Virat has gone viral on the internet. The photo is from the stadium where Anushka can be seen wearing a black dress. On the other hand, Vamika, who is perched on her mommy’s lap has a cute two ponytail hairstyle and is wearing a white frock. While the baby’s face is covered with a red heart emoji as the couple has requested privacy for their daughter.

Meanwhile, on the work front, Anushka Sharma was last seen in the 2018 film, Zero. The actress is yet to announce her next acting project. While her next production Qala will mark Irrfan Khan's son Babil Khan's acting debut.

ALSO READ:Anushka Sharma’s chill time is all about watching cricket while munching on chips