Anushka Sharma is taking it easy. She is hitting the gym and hanging out at her house watching cricket, despite the fact that she has yet to make any acting announcements. 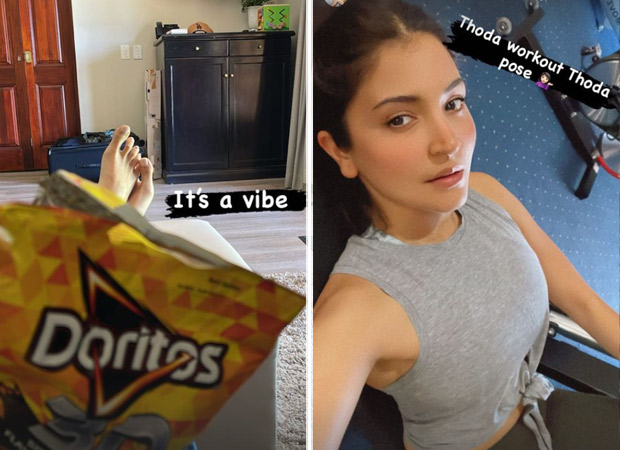 The actress recently posted two photographs to her Instagram stories. Anushka is shown in two photos, one of which is a selfie taken during a workout and the other of which shows her watching cricket. "It's a vibe," she captioned the shot.