Bollywood dignitaries Vivek Ranjan Agnihotri, Anupam Kher, Pallavi Joshi, and Abhishek Agarwal traveled to Lucknow on Sunday to meet Uttar Pradesh Governor Anandiben Patel and Chief Minister Yogi Adityanath. Post the conference with the team of The Kashmir Files, Yogi Adityanath had tweeted, “The film #TheKashmirFiles boldly exposes the inhuman horror of religious bigotry and terrorism. Undoubtedly, this film will work to make the society and the country aware. Congratulations to the entire team for producing such a thought-provoking film.” 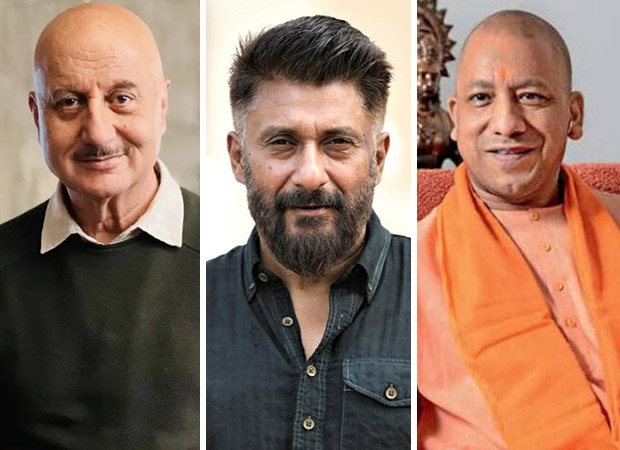 Previously, the movie was docked in controversy after a spokesperson alleged in an Instagram post that the film was ratified by the CBFC without any cuts and that Vivek Agnihotri was a part of the Board. Reacting to the same, the filmmaker had Tweeted, “Please stop spreading fake news, like always. Take a little break. At least to respect the dead “

The Kashmir Files which is directed by Vivek Agnihotri and stars actors like Anupam Kher and Pallavi Joshi. The film hit the screens on March 11 and since then it has been enjoying an extraordinary success at the box office.