The hype of Pavitra Rishta's second season has reached over the top among the audience. Amongst all the reboots and sequels, Pavitra Rishta 2.0 has proved to be the most anticipated one. The second season will stream on Zee5 from 15th September. The show will have most of the star cast back on board including Ankita Lokhande reprising her role as Archana. While Shaheer Sheikh has stepped in to take the lead male part of Manav which was originally played by late actor Sushant Singh Rajput. 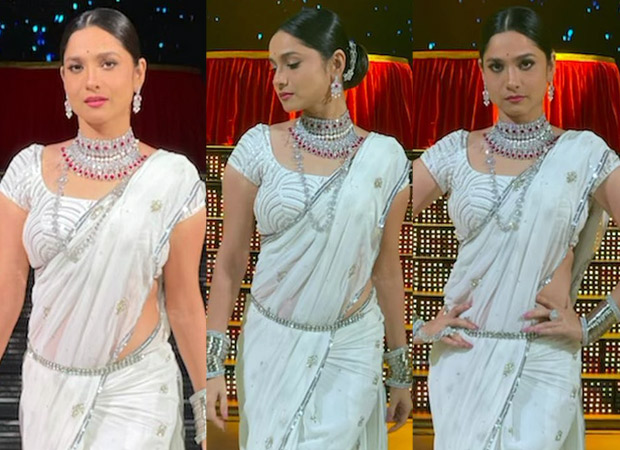 As the show is soon going to premiere, there's a lot of hustle and bustle around the corner. Recently, there was a Ganpati Event organised for the show. Taking to her Instagram, Ankita Lokhande shared glimpses of the celebrations. Dressed in a beautiful white sequined saree along with heavy statement jewellery Ankita shared a bunch of pictures, videos and boomerang from the sets of Pavitra Rishta.

Sharing the post, Ankita says she felt nostalgic and expressed the feeling of returning to her roots. Ankita wrote, "Somedays I wish I could go back in life not to change anything but to feel few things twice. Feels nostalgic and gr8 I m back where I started from ( my roots / my home away home ) my PAVITRA RISHTA set. Seeking blessings and performing alone this time for my Bappa Ganpatiarishta ganpati event."

While Ankita shared another video from the sets of the show in which she was donning a bright yellow chiffon saree with a statement Gajra (Indian hairstyling band made up of flowers)on her hair. In the video, she looks extremely joyful as plays around with her saree on the set and flaunts her saree perfect figure, while Shreya Ghosal's song Adhir Man Jhale was playing in the background. Sharing the video, the actress simply captioned it as "We can only learn to love by loving ❤️."