After a successful season of some of the top Bollywood stars trying their hands in the kitchen, discovery+ has kick-started the second season of Star Vs Food. The first season saw the likes of Karan Johar, Kareena Kapoor Khan, Malaika Arora, Arjun Kapoor, and Pratik Gandhi grace the show and cook for their loved ones. The new season kicks off with the Gen Z star Janhvi Kapoor. 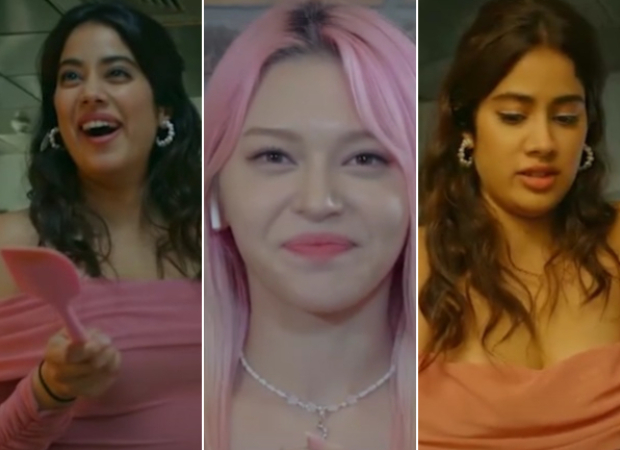 Star Vs Food: Janhvi Kapoor prepares authentic Korean meal for her friends with special appearance by Korean soloist AleXa and reveals what quality makes for a real Kapoor

Janhvi Kapoor, who is a self-proclaimed foodie, prepares an authentic Korean meal for her friends under the supervision and guidance of Chef Abhishek Basu, Executive Chef at JW Marriott in Mumbai.

Before Janhvi arrives in the kitchen, Chef Abhishek Basu prepares an authentic menu with the help of K-Pop artist AleXa. She recommends Bibimbap (Rice dish) and Haemul Pajeon (a seafood pancake) for first-timers. Though she warns not to put in too much Gochujang (Korean hot pepper paste) because it can become very spicy. 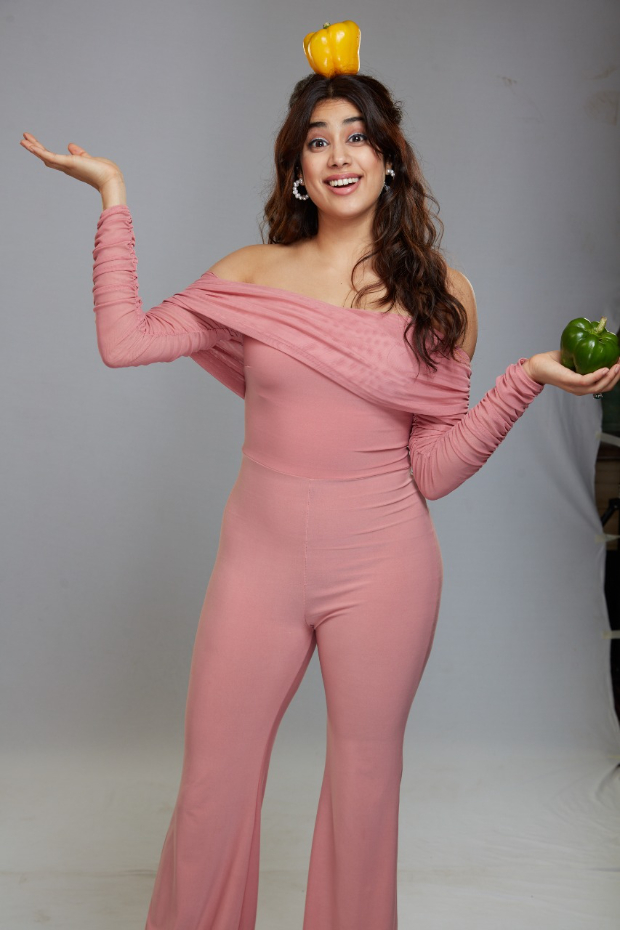 Janhvi reveals that she always wanted to cook authentic Korean food for her friends- Akshat, Namrata, and Vaishnav. "I am looking forward to learning something new in the kitchen. I just want my friends to be super, super, impressed with me because they think I am generally useless in the kitchen and I am only good at eating. So I want to how then that I can cook too,” Janhvi says as she heads to the kitchen to put her skills to the test. 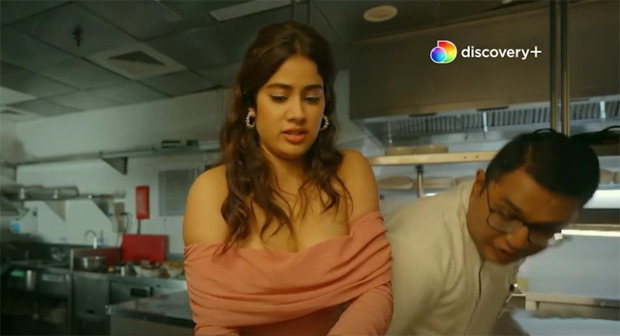 While preparing for the vegetarian version of bibimbap, Janhvi Kapoor recalls her early memories of coming to JW Marriott. “Actually, it was the first club that we became members of. You know that pond that's by the pool. I used to steal the fish. Little baby fish. I used to get a bucket. I used to steal the fish and go home. I was like a fish kidnapper,” she said recalling the hilarious memory. Janhvi effortlessly gets to chopping all the vegetables required for the dish while recalling her Bengali lines from her debut film and also revealing her favourite South Indian dishes. 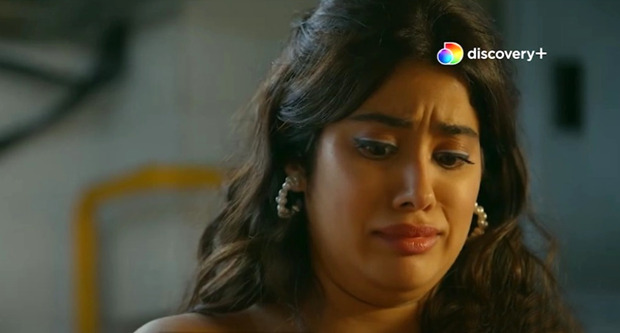 This is the first time Janhvi really gets startled and starts feeling challenged. The actor said that she thought the flame used for the wok might end up torching her face and outfit. Janhvi admits to not being able to lift the wok with her hands because of its weight. However, the chef gives her credit for doing a good job as a first-time user of the wok even though she ends up burning the mushrooms a little. 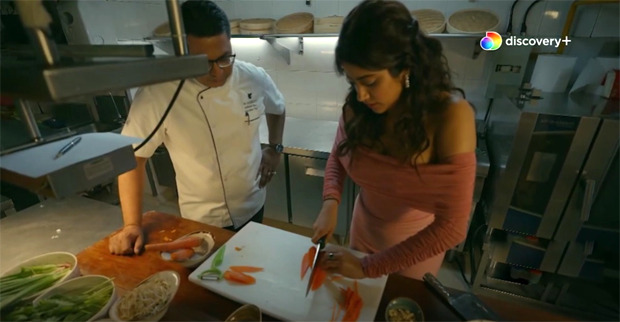 As warned by Alexa earlier, the chef asks Janhvi Kapoor about her spice preference as they prepare Gojuchang for the Bibimbap. This is when Janhvi reveals the love for spice among the Kapoors. “In our household, if you can’t take spice then you are not a Kapoor and you get shamed for life and you sit on a separate table,” she said. She added that they look down on you if you do not like spice. 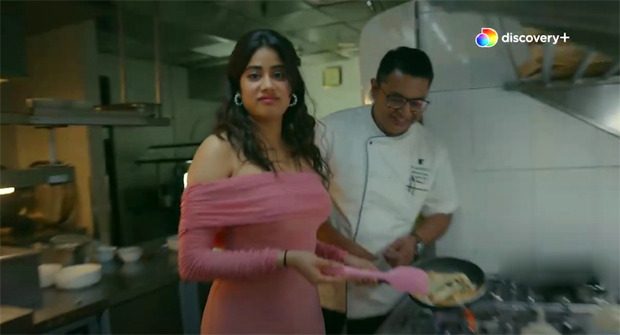 Things get tougher and uncomfortable for Janhvi as she first has to get the seafood from the deep freezer room. Dressed in an off-shoulder outfit, Janhvi was clearly not dressed for the deep freezer. The chef then makes her clean the seafood. “Are those the eyes? Is that the gut?,” questions Janhvi as she cleans up the sea’s food with great difficulty. She even recalls seeing a gut fall out of a shrimp.

Finally, Janhvi’s friends arrive to give the final verdict on her food. Initially, they look skeptical but gave their honest opinion on the food. Ultimately, it’s a victory for Janhvi as her friends were taken by surprise with the taste. During the meal, Janhvi’s friend reveals that during school time Janhvi would never bring food from home and would eat everyone’s food.

Namrata Purohit also shares an interesting story about the time Janhvi evaded the paps after her gym session. Janhvi revealed that she did not want to get clicked as she wasn’t supposed to be at the gym, but was supposed to be at home, tired and sad. They then sent Janhvi’s car from the other side with the paps following that. Janhvi then hopped into Namrata’s car. They were chased by some paparazzi in bikes. They went round and round till they lost them and even stopped at a dingy location. Later, Janhvi got back into her own car.

Star Vs Food premieres on discovery+ on September 8.

ALSO READ:  Star Vs Food: From chopping onions to not able to find turmeric, Karan Johar brings chaos, panic and unsavoury jokes to the kitchen