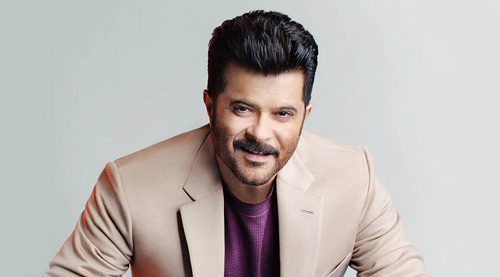 1. Mr India: He was invisible on screen most of the time. But, when he did show up, it was to either squabble with Sridevi, spar with Amrish Puri or play with the adopted kids. A full-on fun role where Kapoor played the role he was born to play. The child-man.


2. Biwi No 1: In an out-and-out Salman starrer, where he played a bigamist, Anil Kapoor sportingly took on the role of a loud meddlesome Punjabi family man who keeps showing up at the most inopportune moments.


3. Andar Baahar: Jackie Shroff brought out the prankster in Anil Kapoor. If you don't believe me, watch Anil as a petty criminal hitching up with serious cop Jackie to catch a big criminal. It was ripped off from 48 Hours.


5. Chameli Ki Shaadi: Scrawny and hairy, Anil Kapoor wants to be a wrestler in this Basu Chatterjee satire.


6. Gharwali Baharwali: Balancing between two wives Raveena and Rambha, Anil here did what Salman tried in Biwi No.1 with much better comic consequences.


7. Jhooth Bole Kauva Kaate: In Hrishikesh Mukherjee's final film, Anil did everything that Amol Palekar did in Golmaal. Anil's sequences with Amrish Puri brimmed over with humour.


9. No Entry: Anees Bazmee's sex comedy featured Anil Kapoor as a married man with a roving eye. Funny as hell.

Kapil Sharma reveals why he had rejected…

Danny Boyle praises AK vs AK during a…