Anil Kapoor recently shared a scene from the 2015 film Dil Dhadakne Do which starred him, Shefali Shah, Ranveer Singh, Priyanka Chopra Jonas, Anushka Sharma, Rahul Bose and Farhan Akhtar in prominent roles. In the scene the actor shared on Sunday, he revealed he was looking forward to shooting it throughout the filming but only shot at the end. 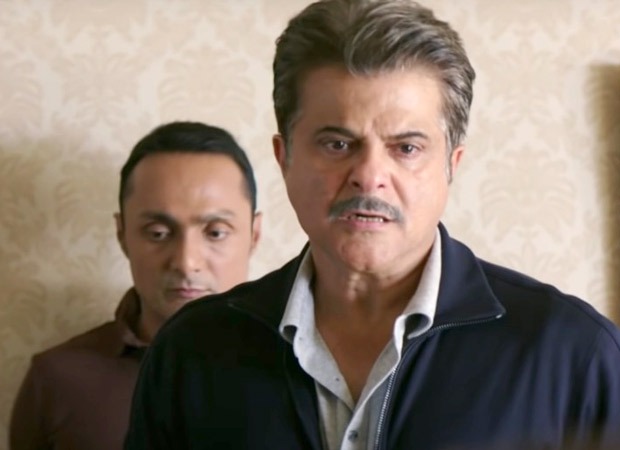 In the scene Kapoor’s character Kamal Mehra is seen finally taking a stand for his daughter Ayesha played by Priyanka Chopra. The scene had almost all the prominent actors of the film. Sharing the scene, Anil wrote, “Talking about a scene I was looking forward to shooting the most & how it turned out better than I had imagined!”

In the video, Anil revealed that they were to shoot the scene on the cruise but it could not happen. It was shot after the cast returned from the cruise and a similar room was recreated on a set.

In the scene, Kamal Mehra is seen pinning Rahul to the wall after he manhandles his daughter in front of them. "Tera haath ukhed ke rakh doonga (I will rip your hand out)," he is heard saying. During the shoot, Anil took a wire and strangled Rahul. The actor is heard saying that he almost strangled and almost killed Rahul. However, this was not a part of the scene and he had to be stopped and reminded that it was just a shoot.

However, this was not his favourite scene that he was waiting to shoot. It was the scene right after the pinning scene where he apologises to Priyanka's character.

Replying to Anil Kapoor's tweet, Rahul Bose wrote, "Mr K! The only thing you killed was the scene. You killed it, handsome handsome. Had you killed me instead, cinegoers would have rejoiced in the streets! All the best @AnilKapoor"

Anil further thanked Rahul for his support in the scene and wrote, "Kamal in that moment might have thought of killing Manav for sure but I couldn’t have killed this scene without you!!@RahulBose1 Thank you so much for the support always!!"

Kamal in that moment might have thought of killing Manav for sure ???????? but I couldn’t have killed this scene without you!! @RahulBose1
Thank you so much for the support always!! https://t.co/7Aok9xyumy

ALSO READ: Anil Kapoor gives a glimpse of his training on tracks, leaves our jaws dropped!