Bollywood has some interesting projects lined up for 2020 and one of the most awaited Hindi films is Angrezi Medium. The film marks the comeback of Irrfan Khan after being treated for cancer in London. The film also stars Kareena Kapoor Khan and Radhika Madan. The film is a sequel to Hindi Medium which starred Irrfan and Saba. As per reports, Irrfan and Radhika Madan will be seen playing father-daughter in the film. 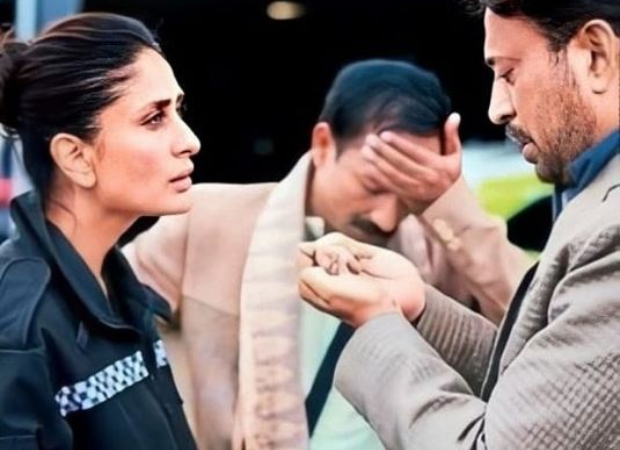 The first look of Kareena and Irrfan was shared a while ago, but now fans get a glimpse of the two sharing the frame. In the still shared by a fan club of Kareena, the two actors can be seen having a conversation. While Kareena is seen intently listening to Irrfan who is explaining something, an actor in the background has a facepalm moment.

Here's for you exclusive first look of #AngreziMedium ????✨

In Angrezi Medium, Kareena Kapoor will be seen playing a cop for the first time. Her first look from the film was shared on social media a few months ago. Irrfan, on the other hand, will be seen as the owner of a sweet shop in Rajasthan whose daughter wants to go abroad for further studies. The film is directed by Homi Adajania and is produced by Dinesh Vijan. It also stars Deepak Dobriyal. The film is slated to release on March 20, 2020.