Model turned actress Amy Jackson decided to spice up her lockdown by sharing a topless picture of herself on Instagram. 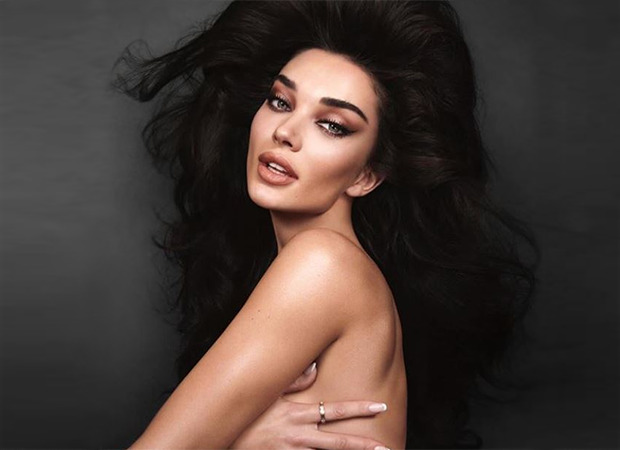 In the picture, Amy looks gorgeous with smokey eyes and nude lipstick. She is also seen flaunting her thick lustrous hair in the picture. "Spicing lockdown up a lil bit with @desiree_mattsson @nikki_makeup @patrickwilson I genuinely think having hair this high was the highlight of 2020 soooo thanks Patch," Amy captioned the picture.

Just a few weeks ago on Halloween, Amy had shared a topless picture but her hair and make-up was done in a way to recreate Priscilla Presley's look. "Uh hu huuuu the Kings muse Priscilla Presley is in the buildingggg - created by the ultimate duo @nikki_makeup @patrickwilson," she captioned the picture.

On the work front, Amy Jackson was last seen in Rajinikanth and Akshay Kumar starrer 2.0. She also had an extended role in the CW superhero series Supergirl.