Amrita Singh has been a top heroine of her time till she decided to give it all up and raise a family with her ex husband Saif Ali Khan. She has been known as an intense performer and one of the realest performers of her time. Therefore, she took lot of time and effort to make sure that Sara is in good hands in the industry. But because Kedarnath got delayed due to some issues between the makers, she promptly signed not one but two films. So, Sara is first making a debut with Kedarnath and her second film Simmba will release in the same month. This sure is a matter of pride for any parent and so it is obvious that Amrita a totally excited, happy parent right now. She spoke about this feeling and revealed that she is feeling very odd suddenly to talk about her daughter like that. So, she can't show her true emotions. 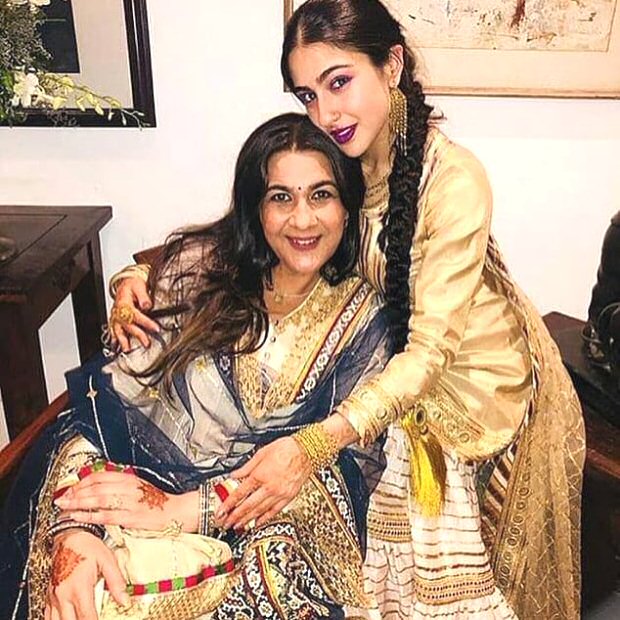 But having said that she added that she is extremely relieved that everyone is appreciating her daughter. She also said that she has given acting tip to her daughter that she should love the camera abundantly and only then will it love her back.

Aside from movies, Sara is also all set to debut on Koffee With Karan with her dad Saif Ali Khan.it is very interesting combination because for the first time will she ever face a camera! Aside from her, another debutante Janhvi Kapoor too will appear in the show with her big brother Arjun Kapoor.