Rohit Shetty is going to be back this year with yet another action packed entertainer Simmba starring Ranveer Singh and Sara Ali Khan in leading roles. The film will be Sara's second release in the same month after her Bollywood debut in Kedarnath. The actress is currently in Hyderdabad as they are completing the project. 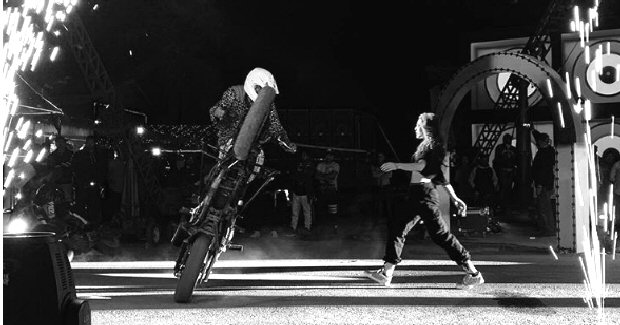 Meanwhile, Sara Ali Khan shared an action packed still from Simmba boasting about being Rohit Shetty's heroine. A couple of months ago, Ranveer called himself Rohit's hero. Following the footsteps of her co-star, she shared a still in which she is walking towards a bike which is half in the air during a stunt sequence. She is dressed in black crop top with pants. "रोहित शेट्टी की हीरोइन #simmba," she captioned the image.