The much-awaited trailer of Rajinikanth - Akshay Kumar starrer 2.0 finally was unveiled at a grand launch event. The film, which is touted to be one of the most expensive films made in India, is a sequel to the 2010 blockbuster Enthiran (Robot) which earlier starred Aishwarya Rai Bachchan with Rajinikanth. 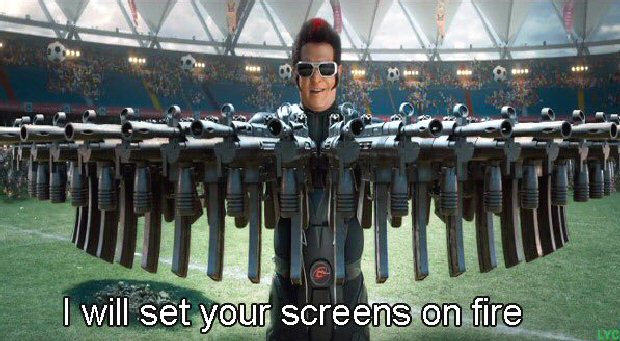 The nearly 2 minute-long trailer is action-packed starring Rajinikanth's Dr. Vaseegaran aka Chitti facing off Akshay Kumar's Dr.Richard/Crowman. But, as usual, netizens on one side praised the magnum opus trailer while some were highly unimpressed. Netizens took to Twitter to share some of the dialogues that grabbed attention in the trailer and turned them into memes.

Here are some of them.

Xiaomi phones, when you charge them for 2 hours. #2Point0Trailer pic.twitter.com/v06kryMh30

She: It’s my first time. Please be gentle.
#2Point0Trailer pic.twitter.com/oVYHMConmS

When mom sees me and my siblings using phone while eating.#2Point0Trailer pic.twitter.com/g2Sx11Hjfi

#2Point0Trailer looks like they have stolen MSG-4 print and replaced papaji with two mediocre actors.