The internet went on a frenzy recently after Uttarakhand Chief Minister Tirath Singh Rawat's remark on women wearing ripped jeans and the example they set on children and society by doing so. The remark was made while the CM was speaking at a workshop organised by the Uttarakhand State Commission for Protection of Child Rights in Dehradun on Tuesday. On Wednesday, Amitabh Bachcan's granddaughter Navya Naveli Nanda responded to the remark. 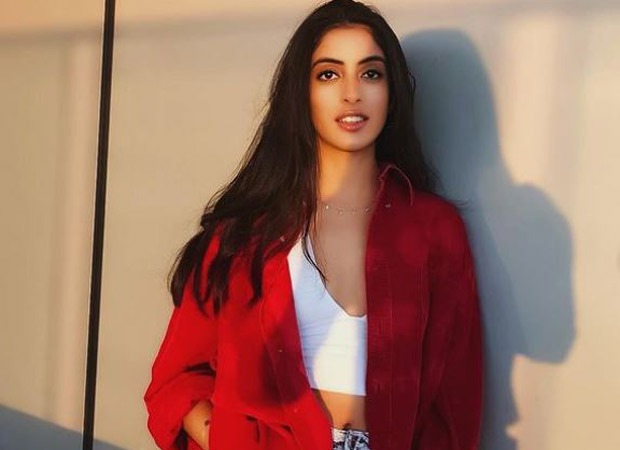 Navya took to her Instagram handle and shared a picture of her posing in ripped jeans and also gave a response to the statement. "Change your mentality before changing our clothes because the only thing shocking here is the message comments like this send to society," she wrote. 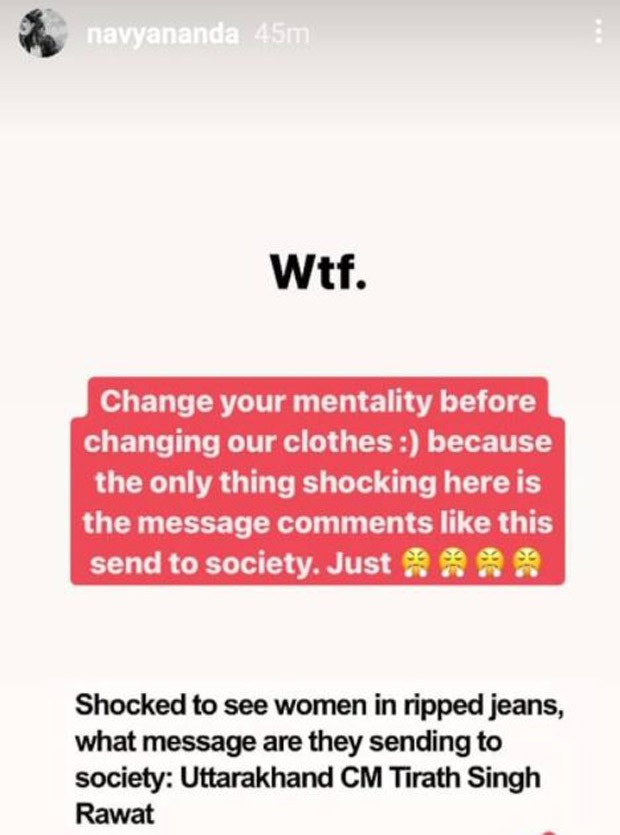 In the story after, Navya shared a picture of herself posing in ripped jeans. "I’ll wear my ripped jeans. Thank you. And I’ll wear them proudly,” she captioned the picture. 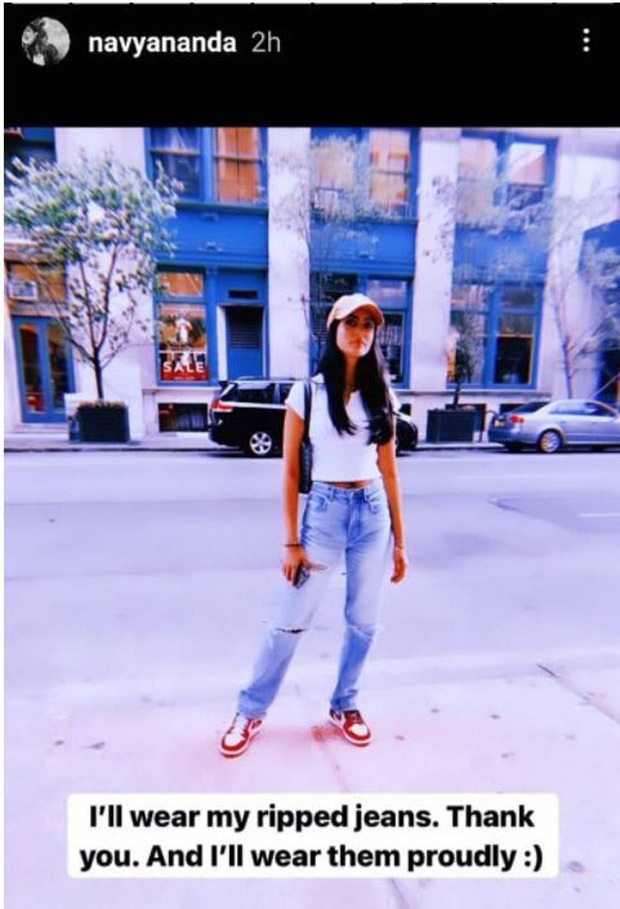 Gul Panag also took to her Twitter handle to share a picture of herself wearing ripped jeans. She was posing along with a little girl who was also wearing similar ripped jeans. "*Takes out ripped jeans*," Gul captioned the post.

After the remark by the Uttarakhand CM, several women took to social media to share pictures of themselves posing in ripped jeans.

ALSO READ: Navya Nanda to join her father’s business soon, becomes the first woman in the family to take the lead