We had told you first that Shah Rukh Khan is all set to produce Badla starring Amitabh Bachchan and Taapsee Pannu in lead roles. Acclaimed director Sujoy Ghosh will helm the project titled Badla. The official account of Red Chillies Entertainment tweeted yesterday “@RedChilliesEnt . is excited to announce its next film #BADLA, in association with Azure Ent., starring the legendary @SrBachchan & the very talented @taapsee, helmed by acclaimed director @Sujoy_G. @iamsrk @VenkyMysore @PuriAkshai  @sunirkheterpal @_GauravVerma.” Amitabh too tweeted the picture on his social media handle and wrote that it is quite a relief from shooting Karan Johar's Bramhastra and Aamir Khan's Thugs Of Hindostan because he can finally get rid of heavy armours and costumes! 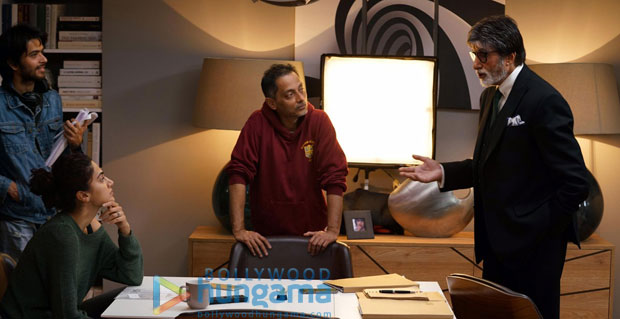 Big B wrote, “Confined, conscious and content until, the film releases. This be the life of creativity . ‘Badla’ moves each day. Finally away from and distant from prosthetics and heavy costume armour.” Amitabh will be collaborating with Taapsee after the critically acclaimed Pink!

Amitabh Bachchan has been very active on social media after he started shooting with Alia Bhatt and Ranbir Kapoor. He has written about how he loves working with arguably the most talented youngsters from the industry. Amitabh’s last release was 102 Not Out with Rishi Kapoor.