Seems like Red Chillies Entertainment is intrigued by thrillers. Just a couple of days ago we reported that after Ittefaq, Shah Rukh Khan is keen on producing another suspense thriller starring Amitabh Bachchan. We are talking about the next Sujoy Ghosh directorial which is a remake of the Spanish thriller The Invisible Guest and also stars Taapsee Pannu. The film has been tentatively titled Badla. 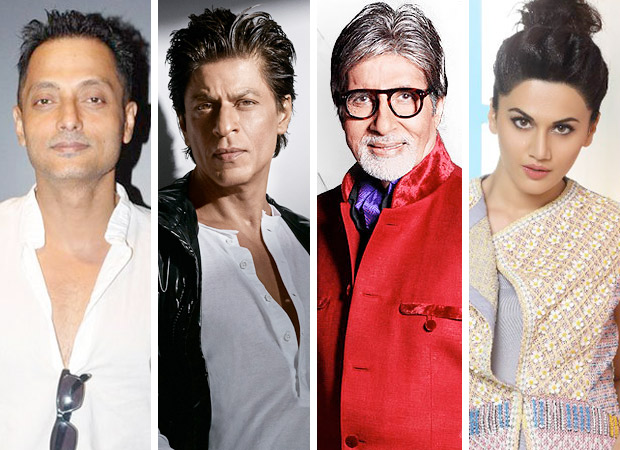 Confirming the same, Sujoy Ghosh has expressed his excitement on the recent developments in media reports. Sujoy has reportedly revealed that he has been keen on working with Taapsee Pannu for a while and this according to him was a perfect project. On the other hand, he described working with Amitabh Bachchan as a director's delight in these reports. Readers may be aware that Sujoy and Amitabh have collaborated in the past for a few films including Aladin and Te3n (Sujoy was the producer).

Elaborating on the collaboration, Sujoy believes that the same happened quite effortlessly. While Amitabh immediately came on board after the filmmaker pitched the film, it was no different for Taapsee Pannu either.  Shah Rukh Khan too, according to these reports, loved the material presented to him. Interestingly, this will be the first time Shah Rukh Khan is producing a Sujoy Ghosh film.

The Spanish film The Invisible Guest is also being remade in Korean and Italian languages. The film has already gone on floor in Glasgow last week and will be extensively shot against the backdrop of the Scottish landscape. The film will feature Taapsee Pannu in the role of a businesswoman. At the same time, her character will have an element of mystery to her. On the other hand, Amitabh Bachchan is apparently essaying the role of an investigative officer.