The world and its favourite deejay are raving over Amitabh Bachchan’s incredible rendering of the Geeta Dutt classic ‘Waqt Ne Kiya Kya Haseen Situm’ in the new release 102 Not Out originally from the 1957 Guru Dutt classic Kaagaz Ke Phool. Mr B provides a jazzy bluesy interpretation to this timeless S D Burman composition. 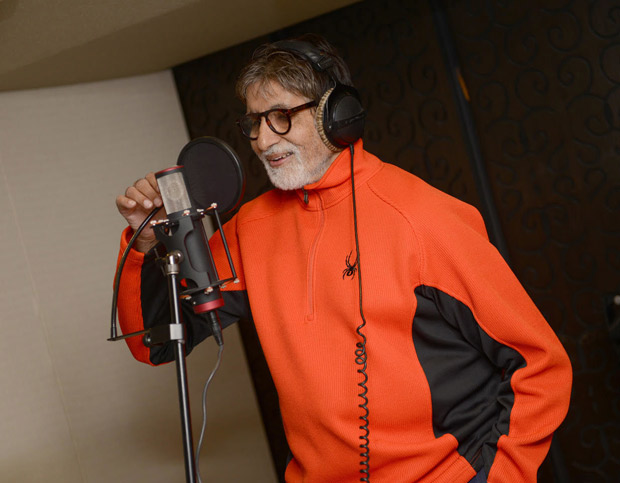 Speaking to me on the genesis of the song Mr Bachchan says, “The music company Saregama said that they needed at least four songs for the album to be complete, and there were only three. So they asked if I could sing ‘Waqt Ne Kiya’ for them to put in the album to make the list of four songs for the album. Since this song has a reference in the film too I agreed and did it.We are now using this as a promotional for the film.”

Mr Bachchan admits he is a huge fan of the original film and the song. “Guru Dutt was a genius. I loved his work and Kaagaz Ke Phool has been an eternal favourite of mine.The story the music, the moments, the presentation was so incredibly unique and aesthetic and moving. This song in particular of unrelenting love, unsaid and silent... its picturization was iconic …the lighting the mood the feel, simply ethereal.”

Plus, Mr B admits there the other USP associated with this song. “It was filmed on Waheedaji, my idol, and the one that I admired even before joining the Industry, it was just perfect.”

Ask him how he carries those intricate undulating notes of ‘Waqt Ne Kiya Kya Haseen Situm’ so soulfully at an age when most people can’t carry a single note and Big B quips, “The notes I carry are manufactured by the very efficient Auto-Tuner machines!!”

Also Read: ‘Thugs of Hindostan is a spectacle waiting to explode’ – Amitabh Bachchan