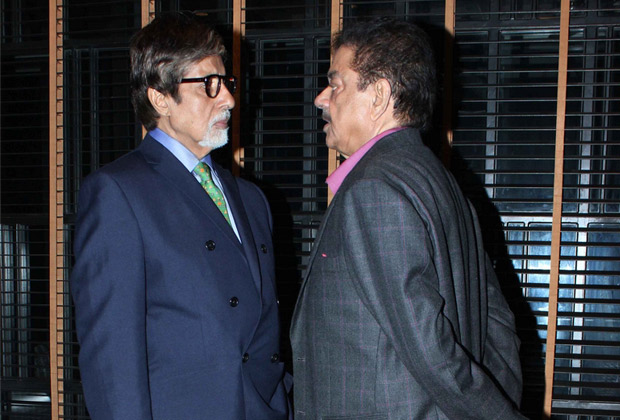 Last night we saw the new chat show Yaaron Ki Baraat on a popular network channel. But what caught our attention was the chat session between the two guests Amitabh Bachchan and Shatrughan Sinha and them revealing each other's secrets.

Girlfriends: Revealing details about their decade long friendship, the duo talked about the yesteryears in the industry and how they would all hang out together in the same flat when they were fairly new to the industry. If that wasn’t enough the duo even talked about each other’s numerous girlfriends in the early days.

Shatrughan Sinha in Sholay: Bachchan and Sinha even talked about each other’s films they would have liked to featured in. In fact Shatrughan Sinha revealed that he had admired Amitabh the most in Ramesh Sippy's Sholay, and that he had in fact been approached for the movie, but had declined at that time.

Bombay to Goa: Later revealing about life on film sets, Big B revealed that while filming the hit classic Bombay to Goa, Sinha would always do something that drew attention to himself. Explaining the incident, Amitabh Bachchan said that Shatrughan Sinha had interrupted a scene that featured Bachchan and veteran actress Aruna Irani by blowing a smoke ring right in front of their faces.

All in all, with accounts from sets of the films, glimpses into what the industry was like, and revelations about each actor, Yaaron Ki Baraat did make for a good watch.