Ever since Ranbir Kapoor and Alia Bhatt began work on Ayan Mukerji’s Brahmastra, rumours were rife about them being a couple. Ranbir, last year, separated from his longtime girlfriend Katrina Kaif. Meanwhile, Alia too reportedly parted ways from her rumoured boyfriend Sidharth Malhotra. During Sanju promotions, Ranbir Kapoor admitted that he was indeed dating Alia Bhatt in a magazine interview. They even ‘arrived together’ at Sonam Kapoor and Anand Ahuja’s wedding reception in May which was definitely their first official event as a couple. Since then, they have been seen on numerous dinners, parties and family gatherings. 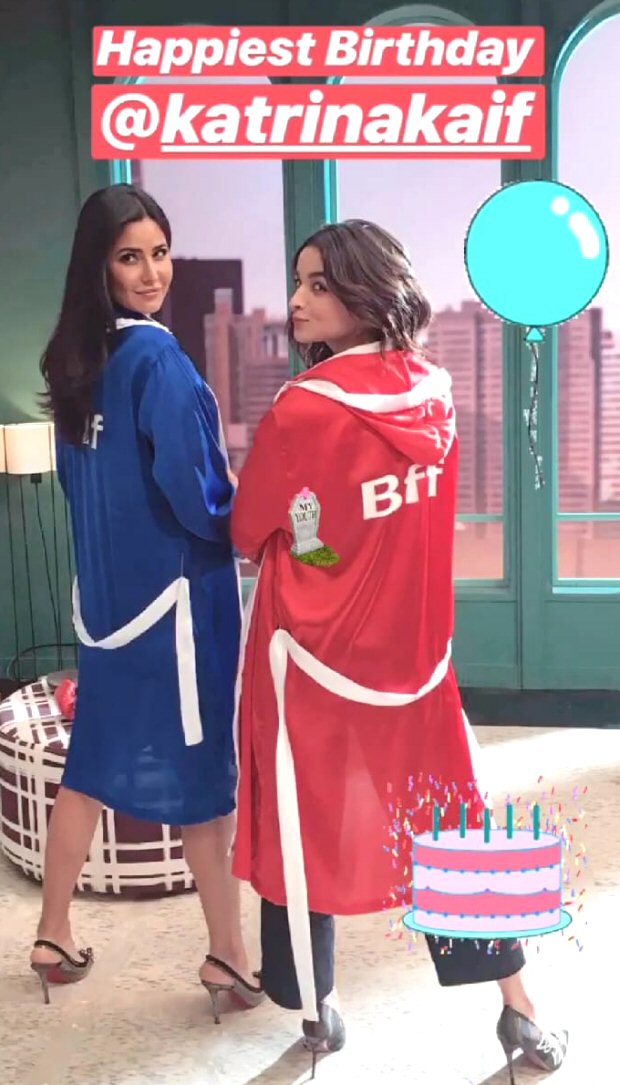 Meanwhile, it is known that Alia Bhatt has shared a great rapport with Ranbir Kapoor's ex-girlfriend Katrina Kaif. Over the years, they have bonded and even referred each other as B-town BFFs. But, ever since Alia and Ranbir began dating, rumours about fall out between Alia and Katrina became stronger. After their BFFs with Vogue episode, they were hardly seen together. But, Alia knows how to put the rumours to rest. As Katrina Kaif is celebrating her 35th birthday today, Alia took to her Instagram to wish her on her birthday. Sharing a picture from BFFs with Vogue episode, they were seen wearing robes with BFFs written on them. Isn’t that amazing?