Last Updated 06.12.2022 | 3:09 PM IST
feedback language
follow us on
Bollywood Hungama » News » Bollywood Features News » Alia Bhatt refers to her pregnancy at the Time100 Impact Awards; says, “My little one has relentlessly kicked me throughout”

Just last week Alia Bhatt revealed that she would be honoured with the Time100 Impact Award and even shared an image of the same. Well, on Sunday the actress attended the awards function at the National Gallery in Singapore where she also gave an acceptance speech. But what caught the audiences’ attention during the speech was Alia making a reference to her pregnancy. 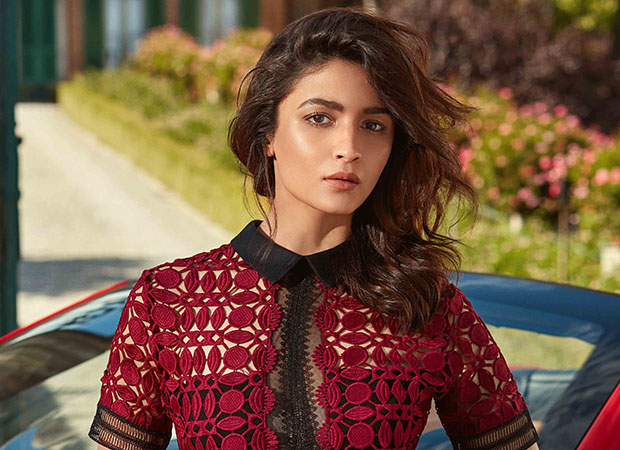 Alia Bhatt refers to her pregnancy at the Time100 Impact Awards; says, “My little one has relentlessly kicked me throughout”

Towards the end of her speech, Alia Bhatt decided to thank those who have played an important role in her life and career saying, “I want to end with a few thank yous. Thank you to you all for patiently listening to me. Thank you to my team, for constantly being there for me. Thank you to my family; my mom for bringing me on to this planet; my father; my sister Shaheen who has helped put my talks into words; my husband Ranbir. I need to give them separate awards for putting up with me on a daily basis.”

Further talking about how proud she was to represent her country, She referred to her pregnancy and added, “I am immensely proud to be here tonight as a representative of my country, a country that has built both me and my career. India is a country that values diversity above anything else, and it’s a song that I hope to sing all over the world. And lastly, when it comes to making an impact, I hope I can continue to do so in whatever way possible. But for now, tonight, this award has genuinely made an impact on me—me and my little one, who has relentlessly kicked me throughout this speech. Thank you so much.”

On the work front, Alia Bhatt who was last seen in Brahmastra will be seen making her big Hollywood debut alongside Gal Gadot in the film Heart of Stone. Apart from this, she will also be seen in Karan Johar's Rocky Aur Rani Ki Prem Kahani, opposite Ranveer Singh.

Also Read: Alia Bhatt to be honoured in Singapore at TIME100 Impact Awards 2022