Alia Bhatt is currently shooting for Sadak 2 with Aditya Roy Kapur, Sanjay Dutt, and Pooja Bhatt in lead roles. The shooting is currently going on in Mumbai and the team has already wrapped up their schedule in Ooty and what makes it even more special is that the film is being directed by Mahesh Bhatt. This is the first time that the Bhatt trio will be working together on a project and even though Alia was scared to have Mahesh Bhatt as her director, she’s enjoying every bit of it. 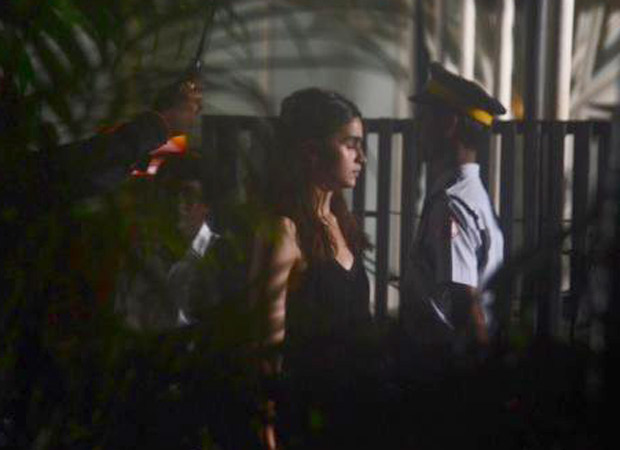 Recently, Alia Bhatt was captured amidst a scene of Sadak 2 on the streets of Mumbai in the dark of the night. It looks like she’s shooting for an intense and introspective scene and is seen wearing a black colored outfit. Pulling off the minimal makeup look with ease, Alia Bhatt is on a roll with back-to-back movies lined up. Sadak 2 happens to be the remake of the namesake 1991 classic starring Sanjay Dutt and Pooja Bhatt.

Apart from Sadak 2, Alia Bhatt will also be seen in Brahmastra with her beau, Ranbir Kapoor.

Sanya Malhotra opens up about lovemaking…