Alia Bhatt recently shared a picture of herself watching a beautiful sunset. What grabbed the attention of the fans is the caption of the post. While Alia did not name the photographer, she hinted at it being her boyfriend Ranbir Kapoor. 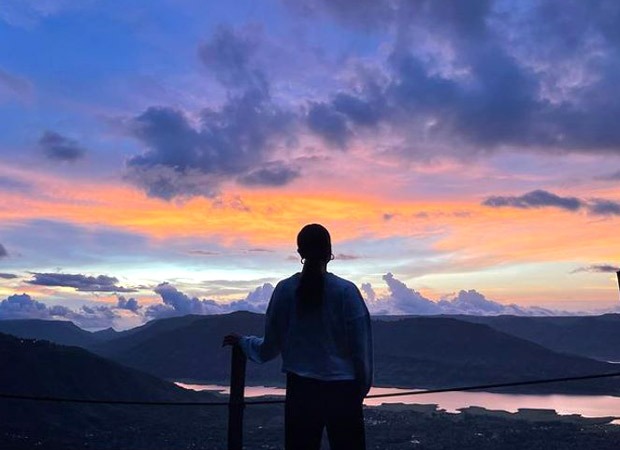 In the picture, Alia can be seen looking at a lake while striking a pose with a beautiful orange and blue coloured sunset in the backdrop. Dressed in casual attire, Alia is standing with her back facing the camera. “All I need is sunsets & you ..…. taking my pictures ♾ ”, Alia captioned the picture revealing that the picture was taken by her boyfriend and actor Ranbir Kapoor.

On the work front, Alia Bhatt is currently shooting for Darlings which will mark her debut as a producer. She is also looking forward to the release of her first feature film with Ranbir Kapoor titled Brahmastra. Directed by Ayan Mukerji, the film has been in the making for a long time and is expected to release in the Summer of 2022.