Ayan Mukerji's upcoming film Brahmastra is one of the most awaited films. The film which stars Ranbir Kapoor, Alia Bhatt, Amitabh Bachchan, Mouni Roy, Nagarjuna, among others was recently wrapped up with a final schedule in Mumbai. The team of the film will be launching the first motion poster of the film later today. 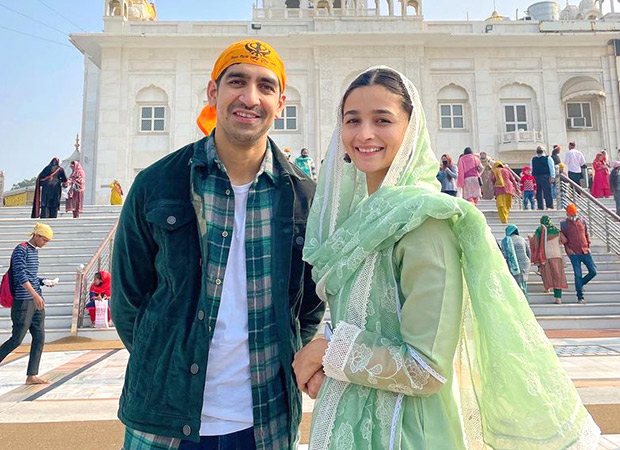 Ahead of the launch event, Alia and Ayan visited Gurudwara Bangla Sahib in New Delhi. Sharing pictures with Ayan at the Gurudwara, Alia wrote, "blessings.. gratitude .. light". Ranbir Kapoor, too, will be present at the launch event.

Meanwhile, those who have seen the motion poster which will be unveiled today have said that it is high on VFX. If the film is backed by great content, Brahmastra could be a gamechanger.