South Korean actor Lee Jung Jae shot to a world-wide fame after the success of Squid Game. The actor, although known to the world now, is already a big name domestically in South Korea. In his two-decade long career, he has appeared in quite a few hit movies and dramas. From acting in comedy heist films, to action and even fantasy, Lee Jung Jae has carved a name for himself in the acting industry. 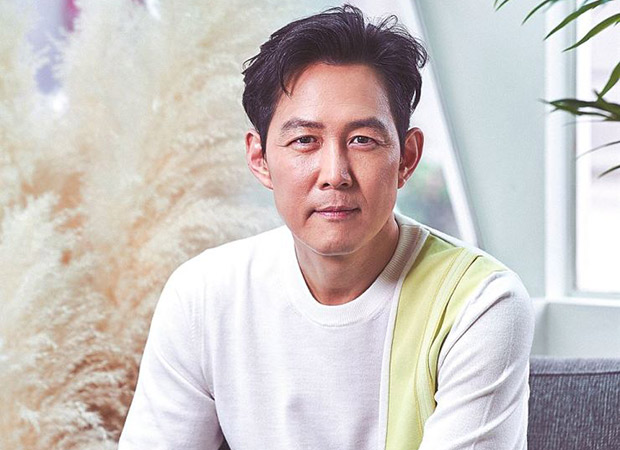 On the occasion of his 49th birthday (December 15), let’s take a look at some of his best dramas and movies!

DELIVER US FROM EVIL (2020)
Deliver Us From Evil is an action film with Hwang Jung Min, Lee Jung Jae and Park Jeong Min in lead roles. It tells the story of a hitman Il Nam (Hwang Jung Min) who takes one last job before retiring, but is soon caught in a kidnapping case in Thailand. Lee Jung Jae plays the role of Ray, who goes after Il Nam for assassinating his brother.

ALONG WITH THE GODS - DRAMA (2017 and 2018)
Along With the Gods: The Two Worlds (2017) and Along With the Gods: The Last 49 Days are fantasy drama films. It tells the story of three guardians who defend a soul through seven trials in the Afterlife, the result of which will decide if the soul will go to heaven or hell. The movie stars Ha Jung Woo, Ju Ji Hoon, and Kim Hyang Gi, in prominent roles. Lee Jung Jae is seen in a supporting role as King Yeomra, the God of Death.

THE THIEVES (2012)
The Thieves is a comedy heist film featuring a stellar cast of Jun Ji Hyun, Lee Jung Jae, Park Hae Sook, Kim Soo Hyun and Kim Hye Soo among others. The Thieves is a story of a group of con-artists who steal rare artifacts and valuables. They team up with a group in Macau and plan to make a grand heist. What follows next forms the crux of the story. It is the sixth highest grossing film in the history of South Korean film industry.

II MARE (2000)
The movie Il Mare is a fantasy movie. The title is Italian for ‘The Sea’. The drama follows the story of a man named Sung Hyun and a woman named Eun Joo, who both live in the same seaside house but in different times. They live two years apart, but are able to communicate through letters sent via a mysterious mailbox. Upon release, the movie was not a success, but later it became a cult favourite. This movie was remade in Hollywood as ‘The Seaside House’ starring Keanu Reeves and Sandra Bullock. It also served as an inspiration for the 2015 Kannada language movie ‘Minchagi Nee Baralu’.

CITY OF THE RISING SUN (1998)
City of the Rising Sun stars Lee Jung Jae and Jung Woo Sung in lead roles. It tells the story of two friends in their 20s as they navigate life in the late 90s in Korea. Lee Jung Jae won Best Actor Award at the Blue Dragon Awards and this movie was one of the most popular films back then.

ASSASSINATION (2015)
Assassination is a 2015 period espionage drama film based during the Japanese rule in Korea. The movie is the eight highest grossing films in the history of South Korean film industry. It was loved for the nationalist appeal and the strong acting. Assassination also stars Jung Ji Hyun, Lee Jung Jae, Oh Dal Soo, Choi Deok Woo, Park Jung Woo in prominent roles.

CHIEF OF STAFF – DRAMA (2019)
Lee Jung Jae plays the role of Jang Tae Joon, a detective turned chief aide to a lawmaker. He is highly ambitious and hungry for power. He soon crosses paths with Kang Sun Young, a lawyer played by Shin Min Ah. The drama has high doses of action and thriller, served with a side of political intrigue.

SVAHA: THE SIXTH FINGER (2019)
Lee Jung Jae is seen as a Pastor in this supernatural horror thriller movie. Pastor Park is all about exposing suspicious religious groups and he is tasked with investigating about one such group called Dear Mount. The drama intensifies as several secrets are revealed and a murder also takes place. Svaha: The Sixth Finger also sees Park Jung Min in a prominent role.

SANDGLASS (1995)
Sandglass is one of the highest TV rated shows in South Korea. Also known as The Hourglass, this drama tells the tragic story of three friends in the 70s and 80s Korea during the political and civil oppression. Although Lee Jung Jae had a secondary role in the drama, it turned out to be groundbreaking for him. He played the role of Baek Jae Hee, the bodyguard for the female lead Yoo Hye Rin. Sandglass stars Choi Min Soo, Park Sang Woo and Go Hyun Jung in lead roles.