Last Updated 25.05.2022 | 12:17 PM IST
feedback language
follow us on
Bollywood Hungama » News » Bollywood Features News » 20 Years Of Kabhi Khushi Kabhie Gham: “K3G was as big a hit as Gadar. It did DOUBLE the business of Aamir Khan’s Lagaan. But it never got the RESPECT at that time” – Karan Johar

In one of the recent articles on Kabhi Khushi Kabhie Gham’s 20th anniversary on Bollywood Hungama, we informed readers how Karan Johar was worried during the release of the film that his film is a big flop. However, his fears were laid to rest on Monday, the day of Eid, when audiences came out in hordes to watch his family saga, starring Amitabh Bachchan, Jaya Bachchan, Shah Rukh Khan, Kajol, Hrithik Roshan and Kareena Kapoor Khan. The film ended up doing a record business of Rs. 55.65 crore. It was hence then one of the biggest hits ever of Bollywood and continues to hold that record. 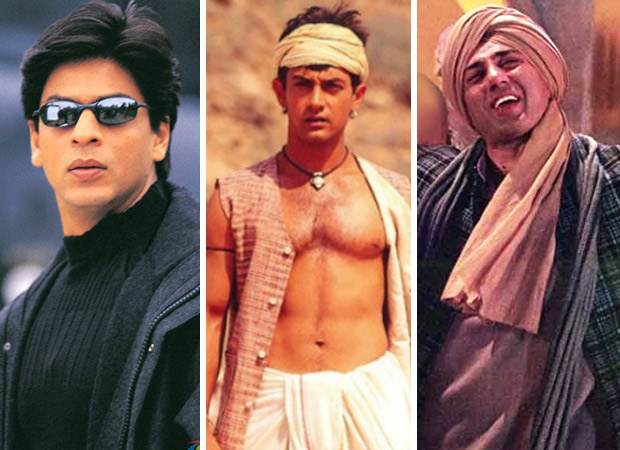 20 Years Of Kabhi Khushi Kabhie Gham: “K3G was as big a hit as Gadar. It did DOUBLE the business of Aamir Khan’s Lagaan. But it never got the RESPECT at that time” – Karan Johar

But if you expected that Karan would have partied hard to celebrate the success, that was not the case. Instead, in his autobiography ‘An Unsuitable Boy’, Karan Johar has been quoted as saying, “Kabhi Khushi Kabhie Gham remains my biggest hit, but for me, it was my most depressing time.”

Karan Johar further wrote, “Kabhi Khushi Kabhie Gham was as big a hit as Gadar. It did double the business of Lagaan. But it never got the respect at that time”.

To explain his point, he explained how it hardly won any awards. He revealed that yesteryear actresses Waheeda Rehman and Sadhana, who were his father Yash Johar’s rakhi sisters, were in the jury of the Screen Awards and they did not nominate Karan in the Best Director category. “My father took it to heart,” confessed Karan in his memoir.

Karan Johar decided to leave the country and go to London at the time of the Screen Awards. To add to his pain, Lagaan, which was released a few months before his film, stole the thunder. When he landed in London, he was informed that Lagaan has been selected for the Oscars and that further enhanced his agony. He stated, “Lagaan become the toast of the town. Today, nobody remembers that Kabhi Khushi Kabhie Gham came out that same year. Now, it’s on television every week.”

Meanwhile, fans would tell him that they love the film and some even claimed that they have seen it ten times. However, Karan instead focused on the fact that many critics despised the film and that he did not win any award in the Best Director category.

He then mentioned in his book, “Everyone in the world knows Kabhi Khushi Kabhie Gham as the go-to Bollywood film of this country. It has the biggest brand value in Germany, Ireland, France, etc. But that year, it broke me, and I am still getting over what I went through that year. In some ways, it brought me down to earth. I came crashing down, and maybe that was the best thing because had that not happened, maybe I would’ve become some crazy person.”

Earlier this year, Bollywood Hungama had spoken to Anil Sharma, the director of Gadar – Ek Prem Katha. This actioner was a historic blockbuster and released in the same year as Kabhi Khushi Kabhie Gham and Lagaan. At the 47th Filmfare Awards, the film got as many as 9 nominations. But Gadar – Ek Prem Katha won only in Best Action (Tinnu Verma) and in the Filmfare Special Performance Award (Ameesha Patel) categories.

In an exclusive conversation to Bollywood Hungama, Anil Sharma, too, made his displeasure clear over his film not getting honoured at the awards, “It puts a question mark on the credibility of the awards. But anyway, Gadar – Ek Prem Katha ko toh public ne utha liya tha. The appreciation from the public mattered the most.”

Kabhi Khushi Kabhie Gham, meanwhile, got as many as 16 nominations in the 47th Filmfare Awards, which was then the record for most nominations ever received by a film. But it won in just five categories - Best Actress (Kajol), Best Supporting Actress (Jaya Bachchan), Best Art Direction (Sharmishta Roy), Best Scene and finally Best Dialogues, which were written by Karan himself.