For the first time ever, South superstar Allu Arjun and Bollywood star Alia Bhatt have shared screen space for an ad. The ad campaign featuring the two was released recently where the two stars are seen waiting at a bus stop in a desert. 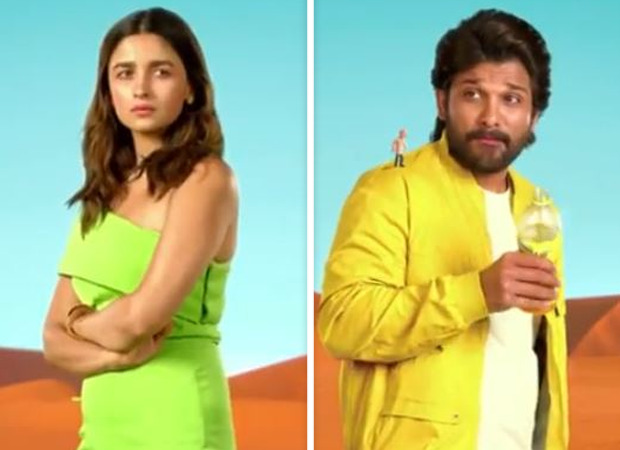 In the brand endorsement video, Allu Arjun teases Alia if she wants the drink he is holding in his hand as they wait for a bus in a desert. The ad, which is shot in Telugu language, sees Alia dressed in a one-shoulder neon dress and pink heels. Allu looks cool in a white T-shirt and yellow jacket with blue trousers.

Meanwhile, Alia Bhatt will soon be seen making her debut in the South film industry with the film RRR directed by SS Rajamouli. She plays the role of Sita in the film headlined by Ram Charan and Jr NTR. Ajay Devgn is also a part of the film and will be released on October 13.