Bollywood actress, Alaya F, is known for sharing cheerful glimpses from her daily life with her followers on her social media. Having said that, the actress, who recently welcomed a furry pet into her house, shared the news on her Instagram account. 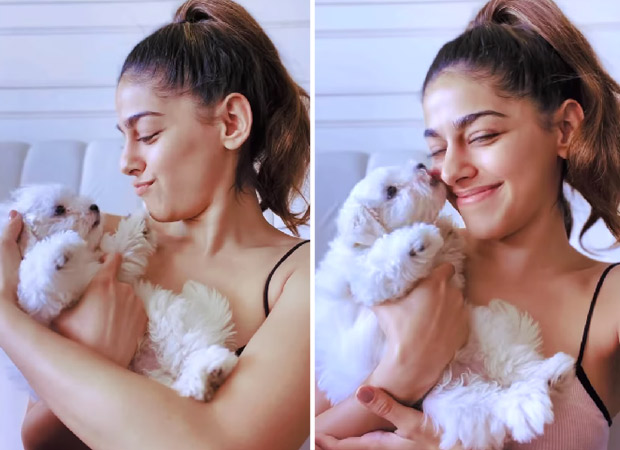 Alaya F captioned a cute video of herself playing with her dog, “New addition to my heart, home, and family..MJ , full name: Magic Jr. Floof.” In the video, the Jawaani Jaaneman actress can be seen caressing her puppy with all the lot of love and affection.

Meanwhile, Alaya F made her acting debut in 2020 with the film Jawaani Jaaneman, in which she co-starred alongside Saif Ali Khan and Tabu. Up next, she will star alongside Kartik Aaryan in the film Freddy. The film was shot at Panchgani Hill Station, Maharashtra.

Also Read: Alaya F confirms she has tested negative twice for COVID-19 after testing positive a week ago