We all know that he is one superstar who loves to prank everyone the sets! And this time around, falling prey to his jokes were his family members. Akshay Kumar pulled one such prank leaving his mother-in-law Dimple Kapadia and wife Twinkle Khanna worried at HT Most Stylish Awards 2019 that was held in the city recently. 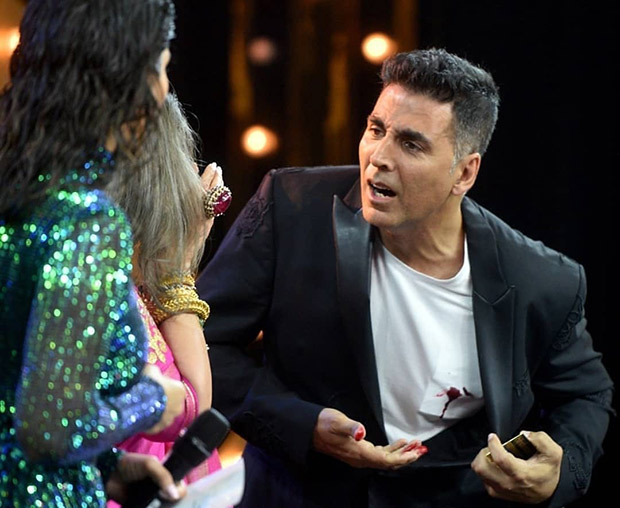 Akshay Kumar and Dimple Kapadia share a rather fun filled relation and it is a fact known to all! Do you remember the way she joked about her daughter and son-in-law during the book launch of Twinkle Khanna? It seems that the entire family loves their share of wit crackers and this time Akshay proved that he is no different. Dimple Kapadia and Sunny Leone were called on stage to present the HT Hottest Trendsetter award to Akshay Kumar.

When Dimple was asked to put the award pin on the lapel, Akshay was seen in pain and he later showed his shirt with blood stains. The actor also went on to prove that the blood stains were fresh, leaving Dimple and Twinkle [who was sitting in the audience] shocked and worried. But before the situation could aggravate any further, he handled the same well and assured everyone that it was just a prank. He went on to hug Dimple, consoling her about the whole incident. 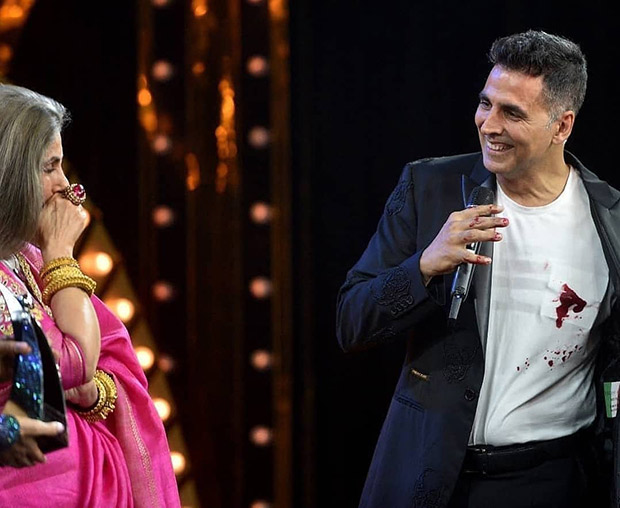 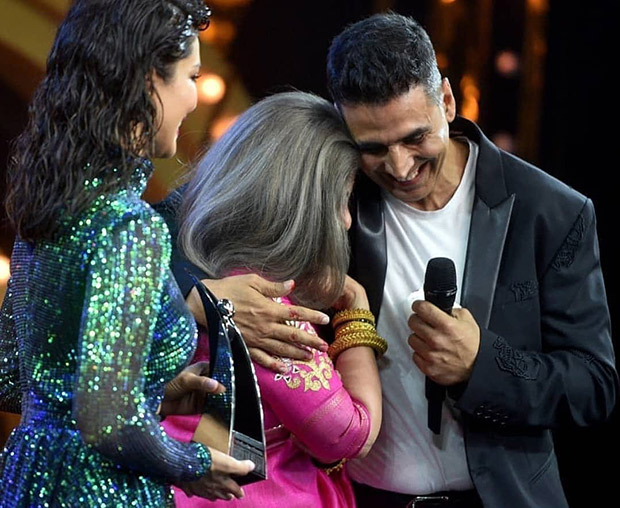 On the work front, Akshay Kumar was last seen in Kesari which has received immense acclaim on the critics and masses front. The actor has already started shooting for Good News which also stars Kareena Kapoor Khan, Kiara Advani and Diljit Dosanjh. He will also start work on Rohit Shetty’s cop drama Sooryavanshi and has reportedly signed period drama Prithviraj Chauhan. But the details of the latter are kept under wraps currently. He will also be making his digital debut this year and will be seen doing a small role in the forthcoming space drama Mission Mangal.