Kartik Aaryan, Kiara Advani, and Tabu starrer Bhool Bhulaiyaa 2 released in theatres today and has been welcomed with glowing reviews. Directed by Anees Bazmee, the film is a sequel to the 2007 hit film directed by Priyadarshan with Akshay Kumar and Vidya Balan in the lead. However, the sequel has been made with a completely new approach with a new story. On the day of the release of the film, the OG Bhool Bhulaiyaa star Akshay Kumar finally reacted to the sequel. 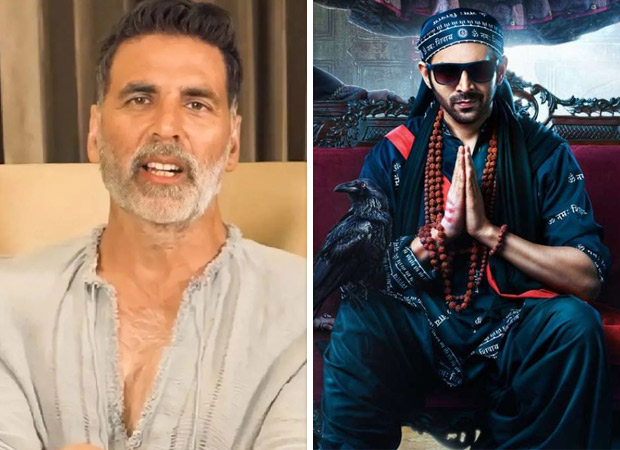 Akshay Kumar who is awaiting the release of his upcoming film Prithviraj recently spoke about Bhool Bhulaiyaa 2 while promoting his historic drama in the city. When asked about the Kartik Aaryan starrer during a media interaction, Akshay said, "Maine nahi dekhi hai film. But yes, I do know the story about it, and I am going to watch it soon."

Further, he also expressed his view on online criticism and trolling. Kumar said, "I don't get affected by it (trolling and criticism), I just go ahead. I do what I have to do. I think everybody has to learn the technique; otherwise, social media will start ruling you. You have to learn the technique of being honest with yourself. Stop worrying about people's criticism; you should believe in yourself that you have done a good film with honesty." Recently, the actor was heavily trolled for promoting a tobacco brand. He later apologized to his well-wishers and even stepped away from the brand.