Bhool Bhulaiyaa 2 starring Kartik Aaryan, Tabu and Kiara Advani is all set to take over theatres on May 20. The film is sequel to Akshay Kumar and Priyadarshan starrer Bhool Bhulaiyaa and some of the original songs have been retained in the sequel with remix twist. Interestingly, T-Series head-honcho and producer of the film Bhushan Kumar revealed that the title track which had hook 'Hare Ram Hare Krishna' wasn't meant to be in the original film in the first place. 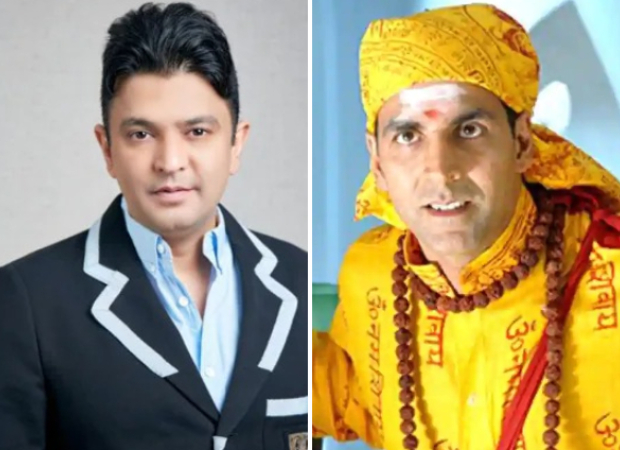 Speaking to Bollywood Hungama in an exclusive interview, Bhushan Kumar said that Akshay Kumar had previously suggested a different song altogether. He said, "Pehle jab film banayi thi, uss time yeh gaana nahi tha. Akshay ji ko kaafi music ka knowledge hai toh unhone mujhe aur Pritam ko ek gaana propose kiya tha ki 'Yeh gaana karte hai'. But, knowing Pritam from that time till today, he always want to do his own songs. He doesn't want to take any other composer or singer's song and share the credit and all these things. Unhone humein ek gaana sunaya joh ki accha gaana tha. Hum unko ek gaana present karne gaye. Mujhe jyada dhyaan nahi hai but I think hum kahin outdoor mein shoot kar rahe the aur Pritam unke paas gaye the gaana sunane ke liye. Humne unko gaana sunaya. But, unhone joh gaana diya tha woh uspe sold-out the ki 'Wahi karna hai mujhe'. Aur yeh promotional gaana tha; yeh picture mein gaana tha nahi. Picture mein scope nahi tha gaane ka aur na hi woh picture mein gaana daalna chahte the. But, humeine, being a music label, ek gaana chahiye tha nahi toh picture mein ek woh romantic gaane ki jagah thi joh Shiney Ahuja aur Vidya Balan pe tha 'Labon Pe' aur ek 'Ami Je Tomar' ussi ki jagah thi. Hum jab gaye unke paas, humne ek line sunayi aur woh bole 'Yeh gaana rakh de' (This song was not there when the film was made earlier. Akshay has a lot of music knowledge, so he proposed a song to me and Pritam that 'Let's do this song'. But, knowing Pritam from that time till today, he always wanted to do his own songs. He doesn't want to take any other musician or singer's song and wants to share the credits and all these things. He made us listen to one song which was good. But, we went to present him with another song. I can't remember what place that was but it was some outdoor shoot and Pritam had gone to make him listen to the track. We made him listen to the song. But, he was sold on the song he had suggested saying 'I want to do this song'. And it was a promotional song; This was not the song in the picture. There was no scope for the song in the picture and neither did he want to put a song in the picture. But, we, being a music label, needed a song or else the film. Otherwise, it had a romantic track like 'Labon Pe' filmed on Shiney Ahuja and Vidya Balan and one was 'Ami Je Tomar'. When we went to him, he had the a line and he said 'Let's keep this song!').