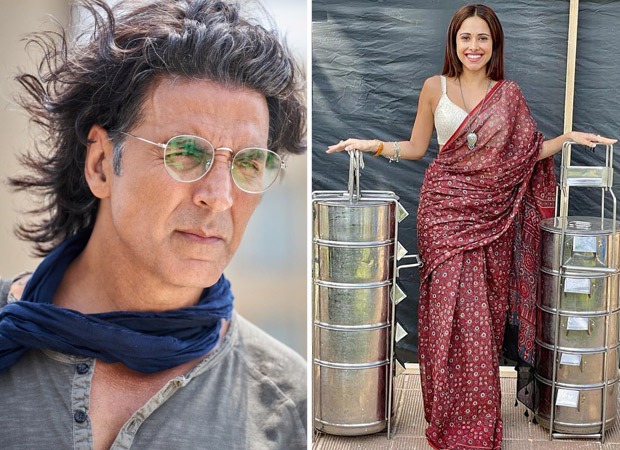 Akshay Kumar posts a picture of Nushrratt Bharuccha next to huge lunch boxes, gets his Bollywood humour on point

While the cast recently began shooting for the film, Akshay Kumar recently posted a picture of Nushrratt standing next to huge lunch boxes. Needless to say, Akshay Kumar made a light-hearted joke about the same in his caption and Nushrratt highlighted the ‘Hera Pheri’ done on his part. Akshay Kumar wrote, “That’s how @nushrrattbharuccha arrives on the sets of Lunch Box, sorry I meant #RamSetu ????????????”

Take a look at the pictures right here.

Akshay Kumar, Suniel Shetty, and Paresh Rawal starrer classic comedy Hera Pheri completed 21 years of its release yesterday and it did not take long for the memes to flood in.