At the turn of adulthood, Priyanka Chopra Jonas was crowned Miss World. This was followed by her journey as an actor in Bollywood to a pop artist in the West to finally establishing herself as a global star. Now, 20 years down the line with innumerable awards, achievements, and a massive fan following, at the age of 38, she came out with her memoir titled "Unfinished". In her memoir, she narrates her story of growing up in the small town of Bareilly in India's Uttar Pradesh to studying in an American high school and getting bullied for her skin colour to coming back home and ending up participating in a pageant that changed her life around. Apart from her professional life, she takes us through her personal life and the role her family played in her becoming what she is today. 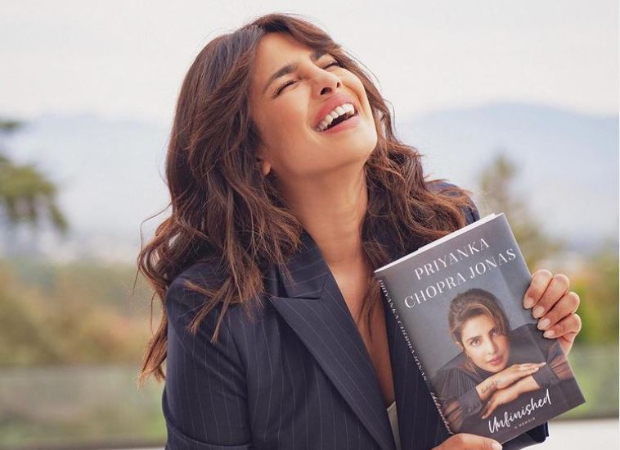 For the audiobook version of the book available on the app Audible, Priyanka Chopra Jonas has herself voiced her story in an 8-hour long narration divided into different chapters indicating different phases of her life. Her voice is one that is very familiar to Indians and several across the globe, even to those who are not a fan of the movies. Priyanka's accent is one that has often been a topic of discussion and that needs to be spoken about now as well when we discuss the audiobook version.

In one of her interviews, Priyanka had said that her accent changes with the place she is in and as an actor, it is a great skill set to have. In her own words, today, Priyanka Chopra Jonas considers both Mumbai and Los Angeles her home. Shuttling between continents for work and personal life, she sure has added different cultures to her vibrant personality. However, throughout the book, she has a rather exotic accent that is globally appealing and does not change as she takes us through the different phases of her personal life. The pace of the book is constant and the actress has done very well in enunciating each word really well.

We jumped into the audiobook experience, expecting a dramatic reading of her life. Having lived the moments she chose to share with the public, one can only expect her to recreate the emotions through her voice. There are no distinct voices for different characters in the book as she quotes them. However, her calm and soothing voice proves extremely impactful when she talks in detail about the grief she experienced after the demise of her father and towards the end of the book when she recalls the heart-wrenching stories she heard on her trips across the world as UNICEF ambassador.

What adds to the audio experience is the familiarity of the people and the places that Priyanka is talking about in the book in most scenarios. Being a public figure, most people mentioned in the book have also been seen by people thanks to the relentless paparazzi culture in India who do a better job at keeping an eye on you than your neighbouring aunty/uncle. This cause helps the listener with imagining the scenarios mentioned in the book.

In the book, Priyanka says that she will share only 90% of her life and keep the 10% of it for herself. However, it is evident that the actress has only touched the surface of her magnificent life and an 8-hour narration of her life would not be able to encompass it all. We all know that she is far from done achieving her goals and dreams and the title of her memoir makes it all the more clear. To quote Priyanka Chopra Jonas, “Can't stop. Won't stop.”

All said and done, this is a story that needs to be heard and can be taken as an introduction to the life that is ‘The Priyanka Chopra Jonas’.

ALSO READ: Priyanka Chopra’s book gets featured on a billboard in NYC as part of Women’s History Month celebration