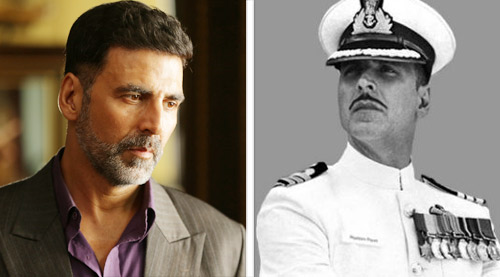 It all started with Special 26. Once Akshay Kumar decided that he would take a serious route while ensuring good entertainment quotient with films that have a good mix of action, drama and thrills, there was no looking back. Yes, his biggest grosser stays on to be Rowdy Rathore and there are other 'masala mix' films like Boss, Once Upon Ay Time In Mumbaai Dobaara and Khiladi 786 that he is not shying away from. However, one look at the current crop of films that he is doing and it is quite apparent that slowly but steadily, there has been a change in game plan for Akshay Kumar.

This is apparent with films like Holiday, Baby, Gabbar Is Back and now Airlift, which are turning out to be steady successes for him. He tried to go different in Brothers too, though it didn't cover the distance. Intermittently, he did step into the goofy zone with Singh Is Bliing which, despite all the criticism, still went on to take the highest opening day ever for him. In fact his next release, Housefull 3, is set to top that number by a good distance as well. However, his future films are clearly set in a zone where Akshay is looking at stepping into an altogether different platform.

Rustom is one such example.

It is clear that he loves the uniform. It is also quite clear that audience is loving it as well to see Akshay Kumar in a uniform. The results so far are heartening.

Right from the time just a still of his was released where he appeared as a Naval officer, social media was abuzz with a strong belief that Akshay Kumar is bringing on something different all over again. Now the First Look poster of the film which has just been out, with six intriguing words - 3 Shots That Shocked The Nation - has created a frenzy all over again. The verdict is out - Akshay Kumar has moved on to the next level.

To think of it, the shooting of Rustom has just begun. The film is more than five months away from release. There is a lot about the film that is still waiting to be unveiled. As a matter of fact, even the core subject of the film is hid in secrecy. Still, Rustom has managed to generate much excitement, and the reason for that is simple - Akshay has upped the ante and pretty much decided the course that he wishes to take during next 2-3 years.

No wonder, other than Rustom (and Housefull 3, which is ready), Akshay has also begun work on Robot 2.0. He is going mean, and that too opposite none other than Rajinikanth, and he is happy to do that. For someone who is used to wrap up shoot of his films in a fizzy (he takes not more than 40-60 days to clear one film out of his backlog), Akshay's date diary is open for Robot 2.0 as the film is a magnum opus in the making from Shankar. Another film in his kitty is Namastey England and given the cult status that Namastey London has earned over the years, the sequel is much anticipated.

As for those who couldn't get much of him in OMG - Oh My God! , there is a sequel waiting to be kick-started in 2017.

The game has changed by the man himself, and how!

Kartik Aaryan has a hilarious warning…