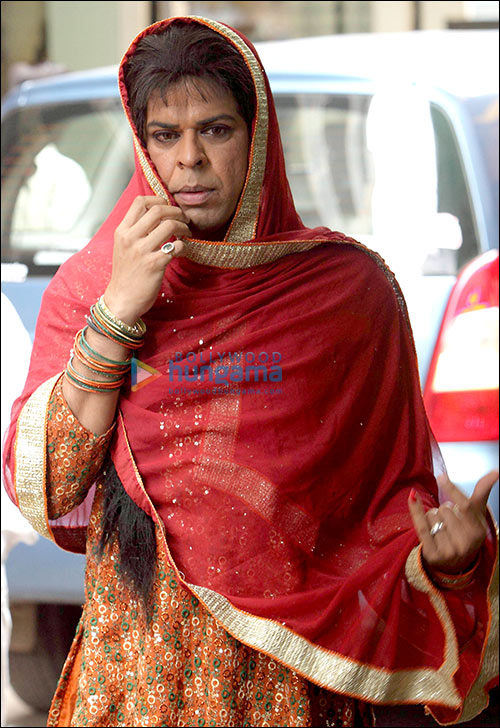 This year seems to have started with a zing for actor Murli Sharma. After Wazir, Sanam Teri Kasam, the Marathi film Guru and the Telugu blockbuster Krishnagadi Veer Prema Gaatha he's now looking forward to Prakash Jha's Jai Gangaajal. However what caught our attention was that the actor, known for essaying negative or grey characters will be seen playing an effeminate character more interestingly called Munna Mardani.

When quizzed Murli about it he said "It was a challenging role and as always all I did was follow Prakash jis instructions" says the baddie who after this has four releases down south Sree Sree with Krishna, Savitri, Aata Aadukundaam Ra, the Maruti directed untitled film with Venkatesh and another Marathi film Ghanta.

Apart from Murli, Jai Gangaajal, also features Priyanka Chopra, Manav Kaul, Rahul Bhat, and Ninand Kamath. The film has been written and directed by Prakash Jha and has been produced by Prakash Jha Productions and Play Entertainment. Jai Gangajal is being readied for a March 4, 2016 release worldwide.