The Kashmir Files has completed three weeks since its release, and the Vivek Agnihotri directorial has just begun to show signs of slowing down at the box office. Made on a reportedly modest budget the business of the film has gone on to set new records post the pandemic. From being one of the fastest films to achieve Rs. 100 cr. at the box office post the pandemic, to becoming one of the highest grossers this year, The Kashmir Files has stunned everyone. 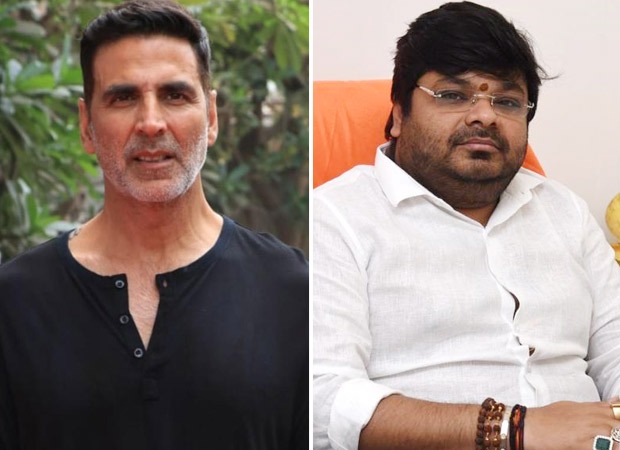 Was Akshay Kumar approached for The Kashmir Files? Producer Abhishek Agarwal opens up about making the film and shares an emotional incident

As the film continues its run at the box office, notwithstanding the competition from other releases like Bachchhan Paandey and RRR, the man behind producing The Kashmir Files finally opened up on what it was like to shoot the venture. Interestingly, Abhishek Agarwal reveals that making a profit from The Kashmir Files was the farthest objective in mind, instead, he reveals, “Both Vivek (Agnihotri) and me never thought of the commercial aspect of The Kashmir Files. We just wanted to work on this project, not for the money. Making this film was a different journey. Had we looked at commercials we would have featured star names in the cast, but look at The Kashmir Files, it has performers.” Further talking about his feeling post the release, he adds, “I am enjoying the feeling of giving justice to the people. The Kashmir Files has been a very emotional journey. We were so connected to the movie, every artist, every technician; we never worked with the idea of making money. We wanted something to come about from this film. I guess that comes out when you see the film that this was made from the heart.”

Ask him about his views while filming and its impact post release, Agarwal adds, “When we were making the film, we knew there would be a reaction to it, but it would be slow. We imagined that it would eventually pick up, but getting a reaction of people loving the film from Day 1 was not something we expected.”

Given that the makers never really looked at the commercials when making The Kashmir Files, but with its box office success, a number of people have taking to social media stating that the makers should donate a portion of the profits. Reacting to the same Abhishek details why they have not done so. “No, we have no plans about donating any amount from the profits. That is because when we were making the film we never thought that it would be so big. So we did not really even consider this option.”

Putting another rumour to rest in the course of the conversation, Abhishek touched upon the grapevine tales of Akshay Kumar being approached for the venture. “Akshay Kumar was not approached for the film.” While talking about Darshan Kumar being cast, he added, “As for the role Darshan plays, we had shortlisted a few names, but Vivek was like, 'I want this guy to play this role' he was very specific. So we brought Darshan on board.”

Concluding his conversation Abhishek left us with an incident that happened while filming The Kashmir Files. Relating the tale to us he says, “You know, when we were filming, a local woman would get us food. Moreover, it was not just for a couple of us but it was for the entire crew. She was so moved that we were making this film, she wanted to feed us with her hands to express that. I am just a medium for the people who suffered there, I am glad I could become their voice.”

Also Read: Akshay Kumar praises Vivek Agnihotri’s The Kashmir Files- “The wave of the film has drowned my film Bachchhan Paandey as well”