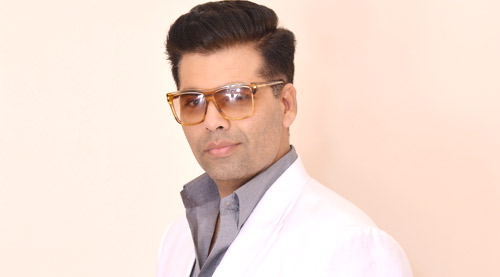 Brothers has released and it is quite apparent that the entire talk of body building and action was not just restricted to the promos and marketing of the film. Instead,

it seemed like the makers underplayed the entire MMA bit as it actually takes care of the entire second half of the film. Never before has a series of boxing bout extended for over an hour in a

film but this has now happened in Karan Malhotra's Brothers.

No wonder, audiences too are appreciating this part of the film the most and Karan Johar, the man who put it all together, is ecstatic that the idea behind casting Akshay Kumar and Sidharth

Malhotra together as brothers has paid off indeed.

"Akshay has the fittest body in the business. He worked further on it and made it possible to look the part of David in Brothers. Still, he is in that zone, courtesy his action built for

over 20 years. On the other hand for Sidharth this was new. He was stepping into an avtar like this for the first time ever," says Karan, who launched Sidharth as an actor with his last directorial

outing, Student of the Year.

Ever since then, Sidharth has been as a softie in Hasee Toh Phasee and a toughie in Ek Villain. However, the bulked up frame that Sidharth boasts in the film, as well as the bone

crunching action that he indulges in, is a new experience for all.

"Casting Sidharth as a fighter was entirely Karan Malhotra's idea, and that was not because they are both Malhotras," smiles Karan, "I still remember that we were casting for Brothers and it

was at the same time that the promo of Ek Villain came out as well. Karan saw the trailer and told me that he wanted Sidharth for the part. Till that time we were wondering that who would be

the right youngster to play the part of Monty since he had to do a lot of action, learn martial arts and dedicate five to six months just for the training."

Fortunately for both the Karans, even Sidharth was waiting to sign a new film, and rest, as they say, is history. Sidharth lapped on to the part and gave his go ahead to come on board.

Now if his single punch act that managed to knock out Meha Fighter Gama is any indication (those who have seen the film would be able to relate to this), the decision seems to have paid off for