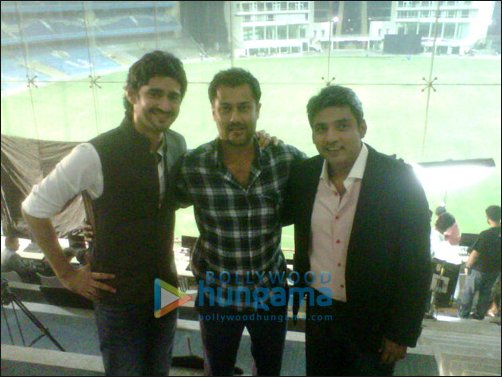 Recently, the makers of the film shot some scenes at the famous D.Y.Patil stadium in Navi Mumbai revolving around a cricket match that featured former cricketer Ajay Jadeja

Kai Po Che produced by UTV Spotboy is slated to release in January 2013.