The Badhaai Ho director Amit Sharma is shooting in his words, like a mad man. “We had completed around fifty days shooting before the lockdown, now we have 50-55 days more of shooting to complete and we’ve already locked in on 15 October, 2021.” 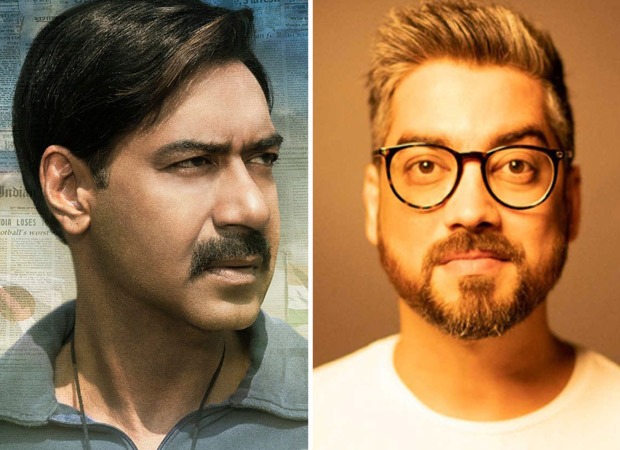 The huge set, built at a cost of approximately Rs. 9 crores, depicting a cricket field had to be dismantled due to the disruption of the shooting and built again. Says Amit, “It was a big blow. But there was no other option. The set had to be rebuilt and we are now shooting on it with utmost speed. Luckily I’ve a producer Boney Kapoor who knows what is required. Though we faced a massive setback he never allowed us to feel the pinch. In fact I started my career as director with Boney Sir’s Tevar. It is really imperative to have a producer who understands cinema for a director to make the film he wants to. And Boney Sir has been a producer from the age of 23.”

For Amit Sharma, Maidaan is a swerve into the realm of the epic. “Tevar and Badhaai Ho were relatively smaller films. Maidaan is an outdoor film. We have to shoot a majority of the film outdoors. We had to audition and select authentic footballers who could act. This wasn’t easy. And we didn’t want actors to fake it because anyone who knows football can catch out someone faking it as soon as he runs on the field. So we had to get footballers who could act.”

Maidaan is Sharma’s bio-pic on the legendary football coach Syed Abdul Rahim. Amit Sharma is all praise for Ajay Devgn who plays the pivotal role. “Ajay Sir is a dream actor. His dedication and enthusiasm have gone a long way into making Maidaan the film that it is shaping into. He is just the right fit to play Syed Abdul Rahim, both age-wise and in personality.”

Why isn’t Amit Sharma doing the sequel to Badhai Ho called Badhai Do? “Because Badhaai Do has nothing to do with Badhaai Ho. They are completely different films. In any case I’d never repeat myself as a filmmaker.”