Ajay Devgn has always made sure to spend time with family even during busy schedules. As his daughter Nysa Devgn studies abroad, the family makes sure to have family time whenever she is in India. With the success of Golmaal Again and Raid, the actor has all the reasons to celebrate. Adding to that, Ajay Devgn rang in his 49th birthday with Kajol and kids Nysa and Yug in Paris. They were accompanied by the newly married couple Vatsal Sheth and Ishita Dutta. 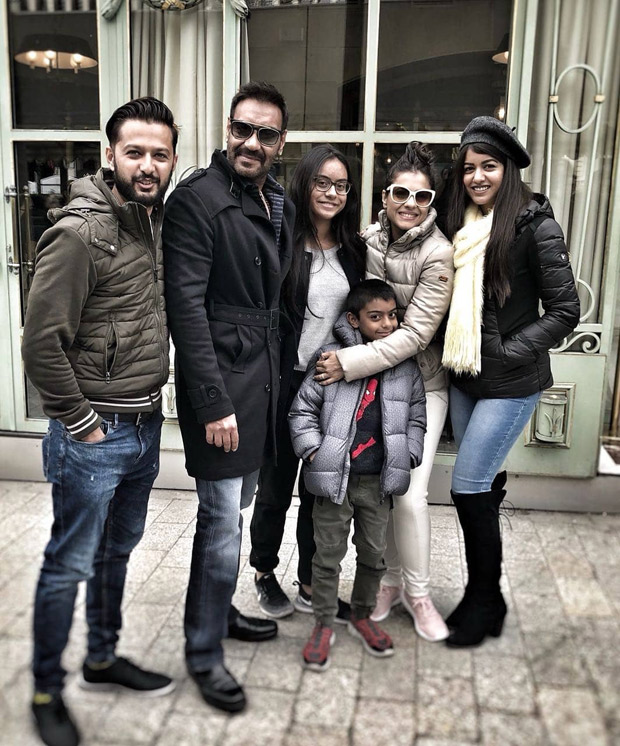 Just a day ago, Ajay Devgn shared a couple photographs from their trip to Paris. He took to his Instagram to share a picture from their vacay. With Vatsal and Ishita joining the family, he captioned it, "Fêtes d’anniversaire à Paris”. 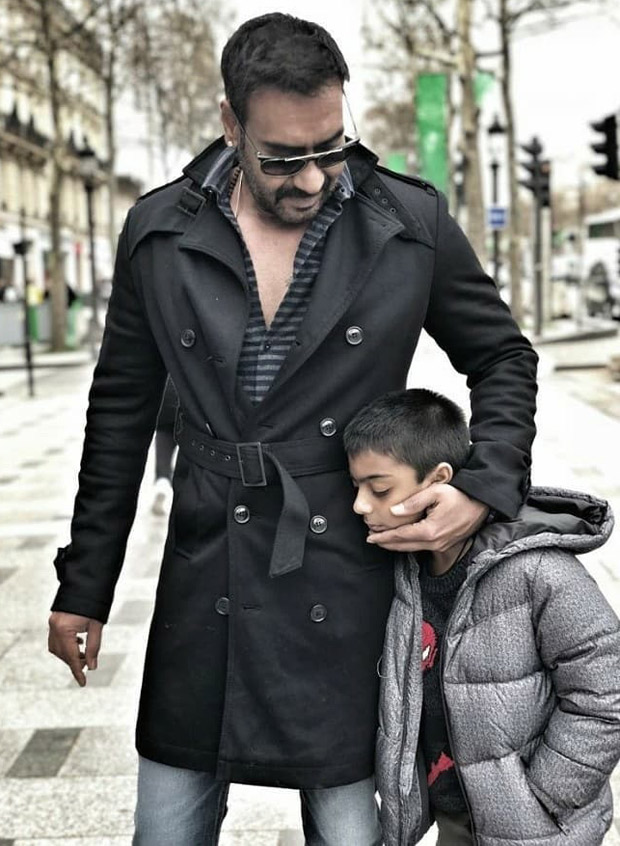 Before the group picture, he shared some beautiful moments with his little one Yug Devgn. The duo is often seen together as the dad-son share lovely bond. In one of them, the actor shared a picture keeping his little one close to him. In another picture, Yug looks extremely super excited after he was treated with a bag full of candies. He captioned the picture as, "Before & After."

The same gloomy yet adorable photograph was reposted by Kajol as she admired the father-son bond. “Just watching them like this ❤️” she wrote along with the photo. 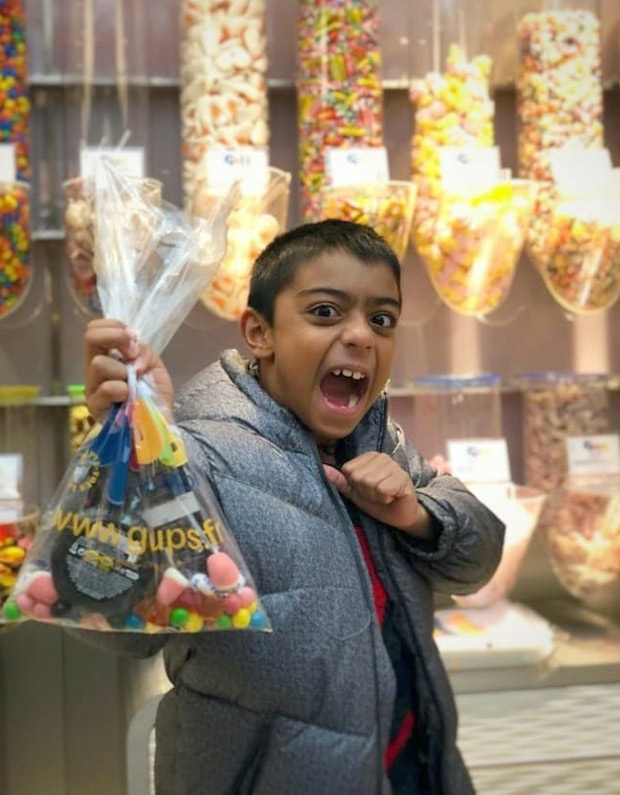 On the work front, Ajay Devgn was recently seen in Ileana D'cruz starrer Raid. He will soon begin shooting for Indra Kumar's Total Dhamaal. It is co-produced by Ajay Devgn and Fox Star Studios. Madhuri Dixit and Anil Kapoor have joined the cast. The other Dhamaal regulars – Arshad Warsi, Riteish Deshmukh, Jaaved Jaaferi and Ashish Chowdhry – have been retained. Additionally, Boman Irani, Sanjay Mishra, Vijay Patkar and Niharica Raizada have joined the star cast. The third installment in the franchise will release on December 7, 2018.