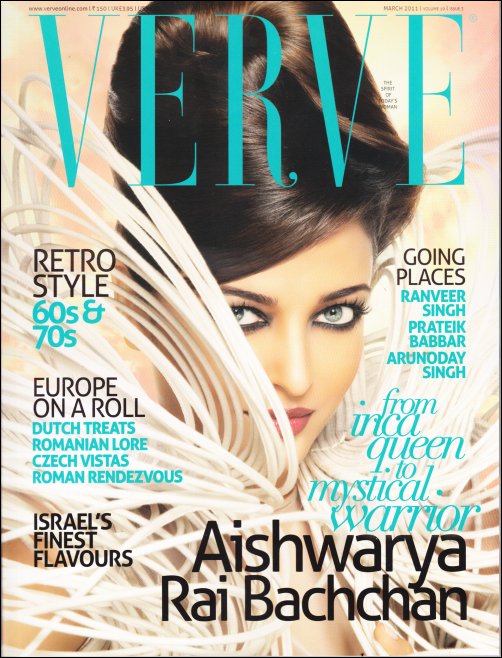 The exclusive interview with Ash in this issue has the gorgeous actress talking about various cities of the world and what significance it holds in her heart. Speaking about London, Ash says, "When you land there in winter, you barely wakeup from the jetlag and feel that it's dark like night again" Ash also speaks about the blast she had shooting for Dhoom 2 in Brazil. Says the actress, "The genre of the film we were working on made us relive our college days. I was privy to a close unit of kids (Abhishek, Hrithik and Uday Chopra) who are all childhood friends and felt that I was vicariously part of the gang."

Ash also speaks about many such memorable experiences that she has had in cities such as Budapest, Mexico City, Machu Pichu, Shanghai, Los Angeles and many more. This issue has the former Miss World literally taking you on a World tour like never before.