Last Updated 30.03.2020 | 12:06 PM IST
feedback language
follow us on
Home » News » Bollywood Features News » Ahmed Khan credits Tiger Shroff as the only actor from the younger generation who can lead a franchise

Director Ahmed Khan is all set to blow everyone's minds along with his Baaghi 3 squad, ahead of the release this week. The director feels very elated on working with the leading man of the Baaghi franchise Tiger Shroff. 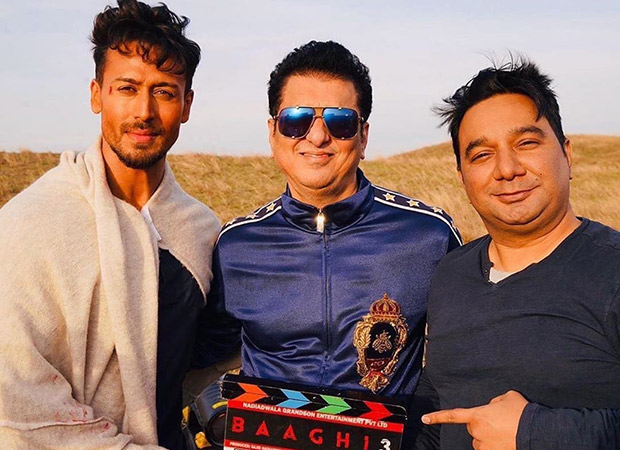 Today being Tiger's birthday and marking this special day, director Ahmed Khan feels that the actor is exceptionally good when it comes to high octane action scenes and hence is the only youngest actor to spread the franchise.

Talking more about Baaghi 3's leading man, director Ahmed Khan shared, “I believe in making a hero look like a hero, and Tiger is the only actor from the younger lot who can spearhead a franchise. We are all very excited for it,”

Tiger Shroff is a sought after actor who has successfully lead the film franchise and delivered box office blockbusters which had performed humongous. This definitely proves that the actor is the youngest to have maximum successful franchises under his name.

In Baaghi 3 as well, Tiger Shroff has shown some mind-blowing action sequences which one can only dream of doing and here the actor does it so seamlessly.

Currently, the Baaghi 3 team is on a promotional spree. The world is excited to see how Ronnie takes over the world with his high octane action and brings forward the biggest thrill.

Tiger Shroff takes up the antakshari…

“I’ve only been eating and getting fat at…