Janhvi Kapoor is all set and rating to go with her career. After her performance was appreciated in Dhadak, she is charting off to new heights of success as she is working on the Air Force pilot Gunjan Saxena biopic. She also has yet another Karan Johar movie, Takht, in her kitty. She had recently appeared on Vogue BFFs television show and she dished some naughty secrets on the show. 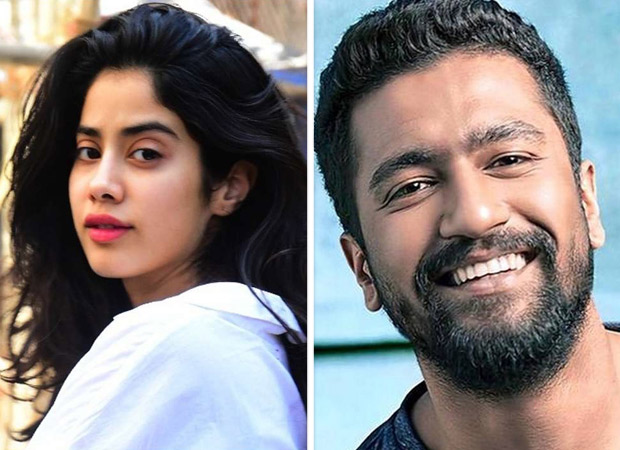 She was asked to pick between Kartik Aaryan and Vicky Kaushal to kiss and well, she chose Kaushal. The usually reticent actress was pretty frank with her choice. She was asked about the fact that Karan Johar has chosen her again for his ambitious project.

She said, “What can I say? I am still in shock. It hasn't sunk in yet. It's a big deal for me and I am so eternally grateful and feel so blessed that Karan (Johar) has allowed me to be part of this journey."

Vicky sure is the new favourite of all leading ladies. He made some right noise in the industry with his films Sanju, Raazi last year and not to mention Uri: The Surgical Strike this year. Janhvi will be sharing the screen with him in Takht.

On work front, Vicky is currently shooting for a horror film. He had recently met with an accident. He was shooting for director Bhanu Pratap Singh’s horror film and got injured while filming an action sequence on a ship. After getting 13 stitches on his cheek he is now stable.

Also Read: Vicky Kaushal roped in to play this valiant Mahabharata character in a film by Uri director (read ALL details)