Aham Brahmasmi, the first mainstream feature film in Sanskrit language by the military school alumnus and megastar Aazaad is seen and appreciated as an alchemy of the resurgence of Indian eternal culture and intense nationalism. Like the mythical Ocean Churning had enriched the mankind with the precious gifts like the Airavat elephant, Uchchaishrava horse, Paanchjanya conch, etc. the psyche churning experiment and experience in result of Aham Brahmasmi a sanatani megastar is incarnated in the name and as the face of Aazaad. After Independence, when the country should be returned to its original divine glory, India should have re-established itself as a world guru and as Sanatan Bharat, India had fallen prey to selfishness and petty short sighted vote bank politics. Day by day, weakened and weakened, it became on the verge of death. 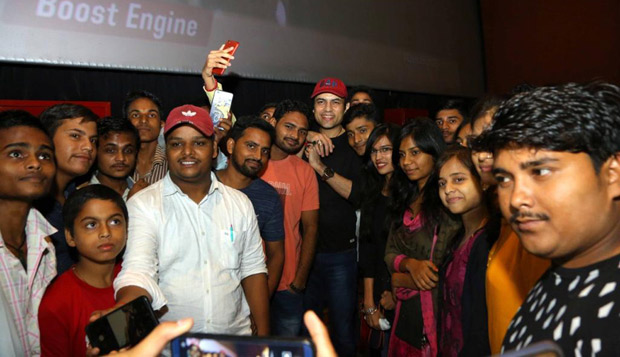 Gone was the golden bird Bharat, which was looted for centuries by the indigenous and foreign invaders. The off springs of the great king Bharat were cut off from the golden past, glory and pride of India by writing baseless, defaming and concoction history by the enemies of spiritual achievements and culture. The shameless game of power continued and the glory, philosophy of the supreme scientific sages came to an end. At this crucial time, the arrival of the Rashtraputra came with a loud proclamation of ultimate nationalism. Aazaad, a filmmaker and a student of the military school, step on the arena through the film Rashtraputra produced by the Pillar of Indian Cinema, Bombay Talkies and nationalist Sanatani producer Kamini Dube, and the whole scenario of darkness changed drastically. Energized by the heroic voice of Rashtraputra at the world-famous Cannes Film Festival in France, the hero of Veer Rasa, Aazaad created the first mainstream film, Aham Brahmasmi, in Sanskrit to fulfil the need of the hour, to eliminate the cultural slavery of centuries, to serve his motherland which he believes that is greater than heaven, to discharge of his national, existential duties, and made the spirit of nationalism an Yuga dharma. 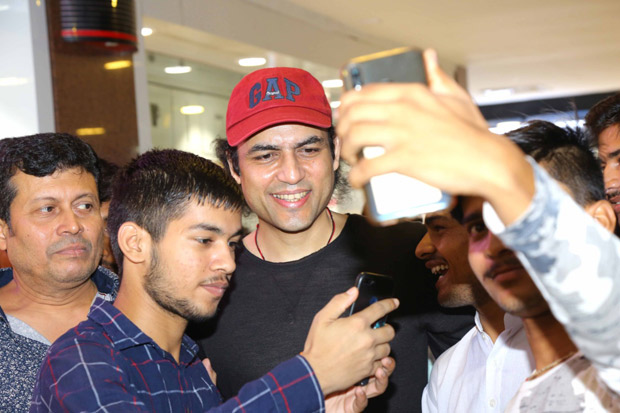 Sanatani artiste and megastar Aazaad has proved that when the storm of nationalism strikes at the heart and mind of the true mighty visionary son of the soil, the injustice-stricken society awakens from its hibernation. Nationalist governments are formed in the country. The medieval traditions of triple Talaq, removal and Articles 360 and 53A become out of date. The sons of the soil destroy the enemy clan and their infrastructure of terror by entering inside the territory of enemies. The power- vultures are defeated and the devotees of mother India are at the centre of power.

Today, the journey of culture through Sanskrit has started in the whole country because of Aazaad and his work Aham Brahmasmi. The government is showing its allegiance to Mother Bharati by including Sanskrit as a compulsory subject in the syllabus. It seems that whatever Satyam Shivam Sundaram is happening on the horizon of our Sanatan Bharat is the resultant of the eternal truth and force created by Aazaad and his creation Aham Brahmasmi. Surely the coming generations will remember the writer, director and hero Aazaad as the next generation of thinkers and creators such as the likes of Bhasa, Kalidasa, Shudraka and Vishnu Sharma. Sanatani megastar of Sanatanis Aazaad will counter and wage war against the crimes and the criminals of history through the most powerful weapon of our eternal divine culture i.e. Sanskrit.
Tags : Aham Brahmasmi, Cultural Revival, Features, Kamini Dube, Megastar Aazaad, Nationalism, Sanatanis Aazaad, Sanskrit, Veer Rasa