In the history and hierarchy of Hindi cinema’s playback singers, no one has achieved what Lata Mangeshkar has—she has been the first playback voice for more than 25 first-timer heroines from 1951 to 1998! 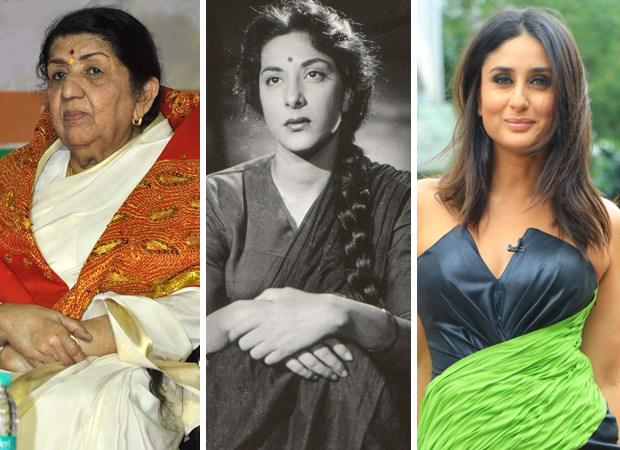 The Diva touches 90 on September 28, completing an unparalleled innings in Hindi cinema alone, apart from film and non-film work in other languages that she has touched with her magic vocal wand.

Let us now analyze the phenomenon of her being the launch voice of so my new heroines, to which many smaller actresses can be added as well. When Nutan was introduced in the 1951 Humlog and then Nagina, Lata was only 22, but when she sang ‘Jiya Jale’ for Preity Zinta in Dil Se… in 1998, she was almost 70! So what is it that made composers from Roshan and Shankar-Jaikishan to A.R. Rahman opt for her over 47 years as the most suitable voice for a 20-something or even under-20 heroine?

It is a lesser-known secret that if you stand behind Lata when she sings, you can barely hear her! She belts out her entire throw and timbre into the microphone, whatever be the genre. Like Rafi (her counterpart as the most versatile male playback singer), she subtly modifies her tenor when singing for different artistes. And like Rafi again, she magically and perfectly fitted actresses on whom other artistes became the favoured voices—notably her sister Asha Bhosle—like Helen and Zeenat Aman!

Her suppleness and perfect fit is seen best when she is singing for Nargis, Meena Kumari, Vyjayanthimala, Sadhana and Hema Malini, and that ability held her in good stead from a Madhubala in the 1940s to names like Aishwarya Rai Bachchan, Rani Mukerji and Kareena Kapoor Khan—in Mujhse Dosti Karogi! (2001) and Bewafaa (2005)—the youngest actresses she has sung for!

Remember also that she became the prime voice for so many musical stars who began their careers with other singers, notably Nargis, Meena Kumari, Vyjayanthimala and Sadhana again. It is difficult to say what came first, the chicken of her volcanic talent and unique voice that became a rage amidst the thick-voiced trendy singers of the 1940s, or the egg of her market clout. But with almost every composer of note getting inspired to create magical songs and use her as their major singer, it was Lata all the youthful way from the early ‘50s to the late ‘90s and early millennium!

In this decade, Lata already had begun to rule, and when Nutan made her debut in home production Humlog followed by Nagina, both in 195, it was Lata all the way, with music directors as varied as Roshan and Shankar-Jaikishan. The Nutan-Lata legacy ended on a smash-note with ‘Jeet Jayenge Hum Tu Agar Sang Hai’ in Meri Jung, a full 34 years later!

When the fragile Saira Banu enacted the frisky ‘Kashmir Ki Kali Hoon Main’ as well as the soulful ‘Ehsaan Tera Hoga’ in the 1961 Junglee, S-J could not look beyond Lata for the beauty queen. But a surprise addition in this decade came from Madan Mohan, using Lata for a debut supporting artiste who became big both as a vamp and for her songs in the 1970s—Bindu. The song was ‘Jiya Le Gayo’ from the 1962 Anpadh. Asha Bhosle did became her prime voice later, but Lata too sang wonderful songs for her in several films like Buniyaad. 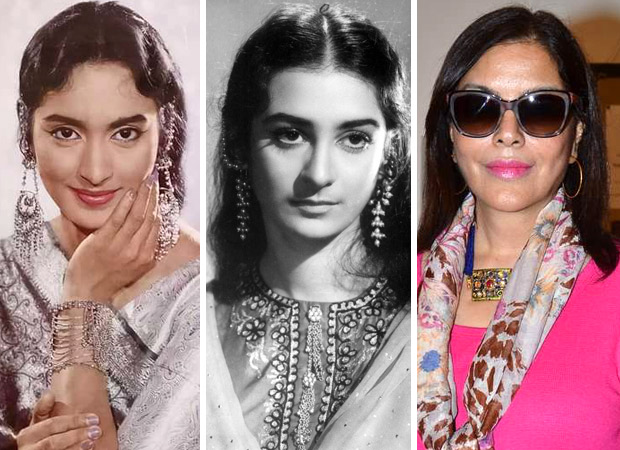 Babita’s first film was Kalyanji-Anandji’s Raaz in 1966, and Lata came in to sing three of her songs. Then in 1969, Bharatanatyam danseuse Hema Malini had a high-profile launch, tagged as the Dream Girl, in the Raj Kapoor film Sapnon Ka Saudagar, and Jaikishan opted for Lata, even as partner Shankar (they had split by then) preferred Sharda. And it was Jaikishan’s ‘Seekha Nahin Sabak’ and ‘Nadaan Ki Dosti’ that held sway.

Laxmikant-Pyarelal could not look beyond Lata Mangeshkar, and when the beautiful Raakhee was to start out, there was no second name to sing the timeless ‘Jhilmil Sitaron Ka Aangan Hoga’ in Jeevan Mrityu. They followed suit with the debutant Moushumi Chaterjee in the 1973 Kucche Dhaage, through winners like ‘Jaa Re Bachpan Tu Jaa’. But Moushumi’s first release was S.D. Burman’s Anuraag a few months earlier—and guess what? Lata was her only voice even in this film, with the Lata-Rafi duet, ‘Woh Kya Hai Ek Bagiya Hai’ enduring to this day!

However, L-P’s biggest triumph was Lata on the 16 year-old Dimple Kapadia as Bobby in 1973. The three duets ‘Hum Tum Ek Kamre Mein Band Ho’, ‘Jhoot Bole Kauwa Kaate’ and ‘Mujhe Kuch Kehna Hai’ saw Lata incredibly sound like a teenager! And they ended the 1970s with a musical bang by choosing Lata as the voice of Jaya Prada in the musical whopper Sargam, led by ‘Dafliwale Dafli Bajaa’, a song that Lata did not like when she recorded it, much in the way Kishore did not relish ‘Khaike paan Banaraswala’ a year earlier!

In 1971, Shankar-Jaikishan also had shared Lata with Asha as the first voices of Yogeeta Bali in the jubilee hit thriller Parde Ke Peechey, signifying the debut of a heroine who was popular for not less than a decade. R.D. also shared the two sisters for the 15(!!)-year-old heroine Neetu Singh in her first film, Rickshawala. The music, however, failed to make a mark.

But the composer, who was associated with Zeenat Aman in huge hits with Asha Bhosle, gave Lata the song that was Zeenat’s first on-screen number, ‘Suraj Se Jo Kiran Ka Naata’, sung with Mukesh in the 1971 comedy Hungama, in which she was paired with Vinod Khanna.

Salil Chowdhury’s choice of his all-time pet Lata was a foregone conclusion for Bindiya Goswami in Jeevan Jyoti (1976) and Rajesh Roshan also opted for Lata in his superb musical Des Pardes (1978) for Tina Munim. Veteran Khayyam chose Lata for Poonam Dhillon’s ‘Gapuji Gapuji Gam Gam’ in Trishul (1978) before giving her those haunting Lata melodies in her next (and first solo film) Noorie a year later.

And while Ek Duuje Ke Liye, Love Story, Betaab, Hero, Ram Teri Ganga Maili and Maine Pyar Kiya were all musical whoppers, the rest had at least one popular Lata number each. It is another matter than Lata never sang for Mandakini and Farah again.

In the ‘90s, though she could not become the main voice as a completely new set of singers and composers had also zoomed in along with Lata’s restriction of work due to several concert tours, the ageless voice did launch Raveena Tandon (Raamlaxman’s Patthar Ke Phool led by ‘Kabhi Linking Road’), Manisha Koirala (‘Radha Nachegi´and ‘Teri Yaad Aati Hai’ alongside Kavita Krishnamurthi Subramaniam and Sadhana Sargam in Laxmikant-Pyarelal’s Saudagar) and  Namrata Shirodkar (‘O Jaana Na Jaana’ rom Jatin-Lalit’s Jab Pyaar Kisise Hota Hai) besides singing for Twinkle Khanna in the same film.

With Lata’s voice for any young ‘un, the eternal question always was: “Age? Whazzat?”

Also Read: Lata Mangeshkar to be honoured with Daughter of the Nation title on her 90th birthday